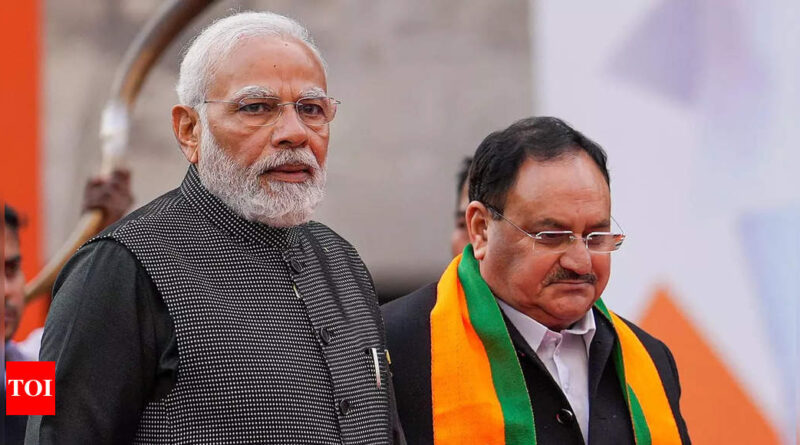 NEW DELHI: Citing a string of SC verdicts as vindication of PM Modi and banking on his leadership, BJP on Monday set an aggressive foot forward expressing confidence about its prospects in the state elections scheduled in the lead-up to the 2024 Lok Sabha polls.
In a hard-hitting political resolution adopted on the inaugural day of its national executive meet, BJP said Supreme Court verdicts in a number of cases brought to harm the PM’s image have exposed the opposition.
“2023 is a crucial year for BJP as it will have to contest elections in nine states,” party president JP Nadda said, exhorting cadres to “ensure the party wins all the assembly polls that are a prelude to the 2024 general elections”.

Eye on 2024 elections, BJP identifies 160 Lok Sabha seats for special campaigns
BJP president J P Nadda on Monday exhorted party members to pull out all the stops to ensure victory in nine assembly polls due this year, underlining their political importance in the run-up to 2024 Lok Sabha elections.
Briefing reporters on Nadda’s inaugural address at the two-day BJP national executive here, former Union minister Ravi Shankar Prasad said the party chief cited the all-round progress brought about by the Narendra Modi government while expressing confidence for the party’s victory in the state elections this year and battle for Lok Sabha in 2024.
Karnataka, Meghalaya, Nagaland, Tripura, Mizoram, Chhattisgarh, Rajasthan, Madhya Pradesh and Telangana will go to polls this year.

“In his inaugural address, the BJP president said 2023 is a crucial year for the party as it will have to contest elections in nine states. He exhorted the cadre to tighten their belt and ensure that the party does not lose even a single state,” Prasad said.
In his nearly 45-minute closed-door address, Nadda highlighted the representation of OBCs, SCs and STs in the BJP governments in states and at the Centre, besides in constitutional positions. He noted that in President Droupadi Murmu, India has got its first tribal person at the top constitutional post.
“The party is getting votes of the backward classes, SCs and STs and is giving them representation. This shows our resolve of ‘Sabka Saath, Sabka Vikas, and Sabka Prayas,” he said, stressing on the expanding voter base of the party since Modi led it to victory in 2014 and then in 2019.

Nadda praised the party’s win in the recent Gujarat assembly polls as “extraordinary and historic”, saying winning more than 150 seats in the 182-member assembly is a great achievement. While the party lost in Himachal Pradesh to Congress, the vote gap between the two parties was less than one per cent, he said.
After the resounding victory in Gujarat, BJP strategists have set a goal of winning the 2024 Lok Sabha polls when PM will be vying for a third stint in a row and equal the record of first PM Jawahar Lal Nehru.
Showing no semblance of complacency, the party has identified 160 Lok Sabha constituencies to take out special campaigns to consolidate its prospects for which more than 1 lakh booths had been identified. “Earlier too, following the instruction of PM Modi, the party president had issued a directive to strengthen the party at 72,000 booths where it was weak. Today, our party president said the party workers have already covered 1.30 lakh booths,” Prasad said. 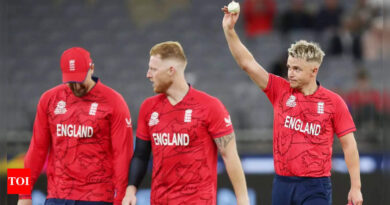 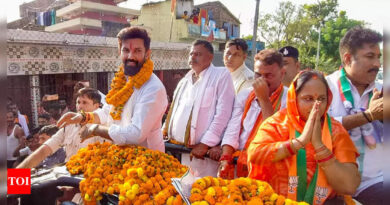 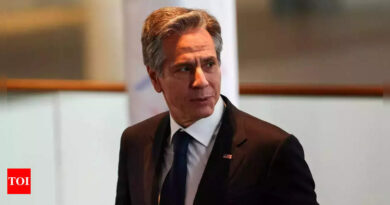