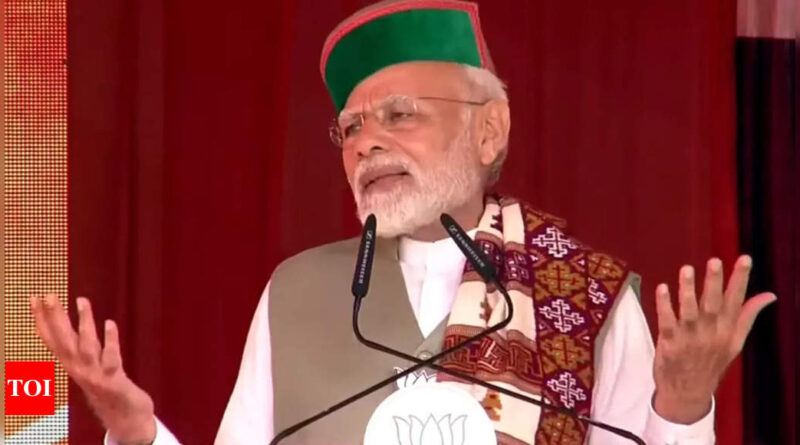 SOLAN/SUNDERNAGAR: PM Narendra Modi on Saturday kicked off BJP’s campaign for a second term in Himachal Pradesh asking voters to start a new tradition by voting BJP back to power and ensure stability and development through the ‘double-engine’ government, both at the Centre and in the state.
Addressing election rallies at Solan and Sundernagar, Modi asked electors to choose stability in the November 12 polls, saying it will define the development journey over the next 25 years for the state. “If you want to seek accountability and answers from the government, you should give it a chance again. Together, we will take Himachal forward, start new ‘riwaaz’ (custom), and bring BJP back to power,” he said. He added that changing medicines frequently neither helps in curing the ailment nor benefits anyone as he sought another term for the ruling BJP in the state that witnesses cyclical pattern of politics with BJP and Congress trading treasury and opposition benches every five years for decades.

Modi also asked people to go for the ‘Kamal Ka Phool’ (lotus) symbol on the ballot and vote for BJP without bothering about the candidate, a remark clearly aimed at deflating the party rebels who are in the fray.

“For three decades, there was instability in Delhi, governments came and went, thousands of crores of rupees were wasted in elections that happened repeatedly. People then decided that only a stable government can change the fortunes of the country and in 2014, people voted for a stable government and we also left no stone unturned to fulfil people’s aspirations,” he said, locating his narrative in the context of geopolitical uncertainties while also recalling the global indifference towards India during the times of political instability. 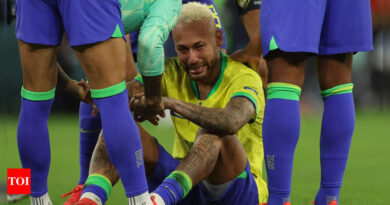 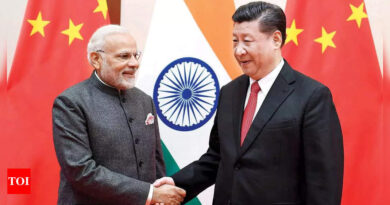 China warned US not to interfere in its ties with India: Pentagon 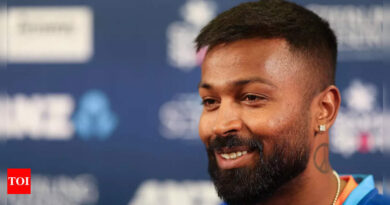