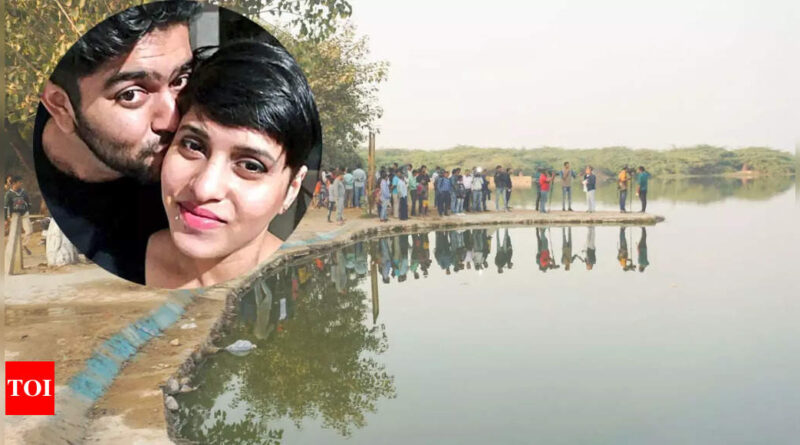 NEW DELHI: The Delhi Police on Sunday found parts of a skull and some bones from a forest area in the national capital and deployed teams to drain a pond in Maidangarhi as the search for Shraddha Walkar‘s remains intensified.
The police also took accused Aaftab Poonawala to the flat where he and Walkar lived to gather more evidence in the grisly murder of Shraddha Walkar.

“We have taken up the matter. Our teams of forensic experts had an elaborative discussion with the officials of Delhi Police regarding the narco analysis test to be conducted and are preparing for the same,” a senior official from Rohini’s Forensic Science Laboratory told PTI.
Parts of skull recovered
The police have recovered fragments of skull and other body parts, mostly bones, on the third day of extensive searches in the forest areas of Mehrauli and Guruguam in the Delhi-NCR region. These will be sent for forensic analysis.
Poonawala allegedly strangled Walkar, 27, on May 18 and chopped her body into nearly three dozen pieces which he kept in a 300-litre fridge for almost three weeks at his residence in South Delhi’s Mehrauli before dumping them across the city over several days past midnight.
Not far from Mehrauli, Police along with teams of MCD were involved in pumping out water from a pond since Sunday afternoon. The exercise began following Poonwala’s claim that he had thrown her head and some other remains in the water body.

Police personnel carry out a search operation in the forest area of Mehrauli (ANI)
“We have heard that some body parts are dumped here and the search for them is underway. They are taking out the water from the pond. This pond supplies water to the tubewells in the area,” said Mahavir Pradhan, president of the RWA of the village.
He said that they are ready to help the police but there could be another way of finding the body parts, rather than emptying the pond.”Divers could have been deployed to look for the body parts,” he said.
Narco test likely tomorrow
Meanwhile, the Delhi Police have prepared a 40-item questionnaire for the narco-analysis test of Aaftab Poonawala to be conducted probably on Monday.
Police were taking the help of experts for the preparation of the questionnaire.

The narco test has been necessitated because, as an officer disclosed, “During interrogation, Aaftab is continuously changing his statements. He answers questions confidently without showing any sign of nervousness.”
A senior Forensic Science Laboratory official said that narco-analysis was time consuming and a series of tests was conducted before the narco test.
The pre-narco tests determine the medical parameters of the person and include analyses by psychologists.
‘Aafter developed hatred for Walkar’
On Thursday, a court had permitted the city police to question Poonawala for five more days in its custody.
Sources privy to the probe said that Poonawala claims that he burnt three photographs of Walkar in the kitchen after killing her.
During interrogation, the accused said that he had developed a hatred for Walkar and combed through the various belongings of the couple after murdering her.
The three big photographs of Walkar were in his bedroom, including two solo photographs from their Uttarakhand tour and a 2020 picture of the couple near Mumbai’s Gateway of India.
During interrogation, he said that he wanted to destroy every evidence related to Walkar in the house. Police have recovered a bag of Walkar’s belongings, including her shoes and clothes from the house.
As the police are scouring for evidence to nail Poonawala in court and ensure his conviction, experts here said that circumstantial evidence and forensic examination hold the key in such cases.
Noting that it is a six-month-old murder, former Delhi Police commissioner S N Shrivastava said the scene of the crime has been cleaned up and police are depending on the confession of the accused, who seems to be a “clever” person.
“It is going to be a very difficult case and will require the help of all organs of the criminal justice system to nail him down. Police will get what it can, but the court will also have to understand the situation and act accordingly,” he told PTI.
Police teams are shuttling between Delhi, Mumbai, Gurgaon, Dehradun and some areas in Himachal Pradesh as part of the probe into the murder case.
(With inputs from PTI) 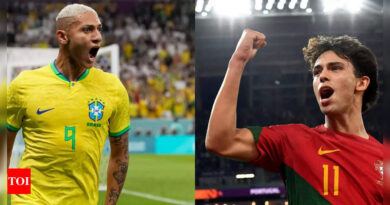 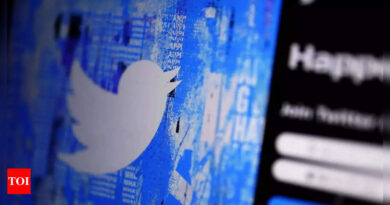 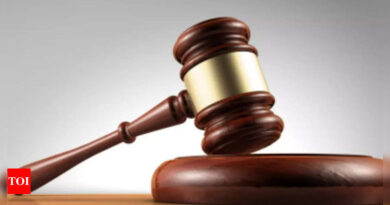