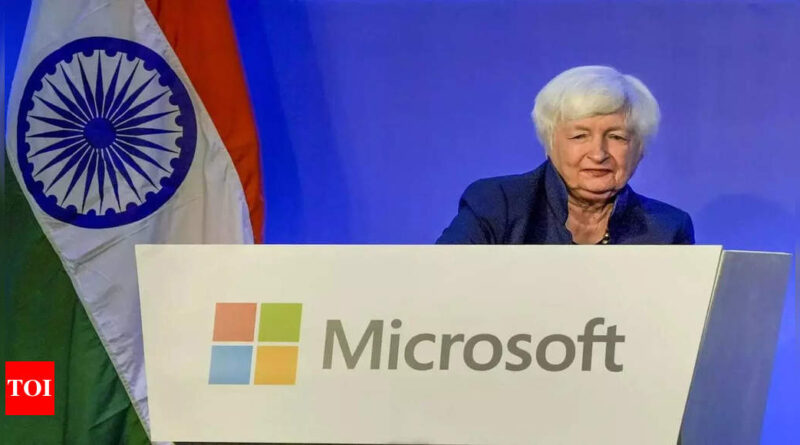 NEW DELHI: US treasury secretary Janet Yellen on Friday pitched for stronger trade ties with India, along with “friendshoring”, aimed at putting together a resilient supply chain of allies that is less dependent on countries such as Russia and China.
“In a world where supply chain vulnerabilities can impose heavy costs, we believe it’s important to strengthen our trade ties with India and the large number of countries that share our approach to economic relations… Our goal is to vigorously promote global economic integration while creating greater redundancies in our supply chain to mitigate concentration risks. We also want to diversify away from risky countries like Russia that seek to weaponise trade integration to advance their geopolitical aims. We call this strategy ‘friendshoring’,” she said.
Friendshoring and a robust supply chain were key messages delivered during her three public engagements, starting with a visit to the Microsoft office to an event where industry leaders were present and her statement before her meeting with finance minister Nirmala Sitharaman. India is part of the initiative on building a resilient supply chain under the aegis of the Indo-Pacific Economic Framework, a group of 14 countries including the US.
Yellen’s statement came at a time when India has been attacked for purchasing oil from Russia, although New Delhi has hit back at the critics from the developed world. But it was seen as an attempt to get India to detach from Moscow.
The former chief of the US Federal Reserve blamed Russian President Vladimir Putin’s “barbaric” and “brutal” war for claiming lives in Ukraine and increasing food and energy insecurity across the world, while making a case for closer collaboration on the economic front.
She also sought to counter Russia’s claim of being “a reliable energy partner”. “…For the better part of this year, Putin has weaponised Russia’s natural gas supply against the people of Europe. It’s an example of how malicious actors can use their market positions to try to gain geopolitical leverage or disrupt trade for their own gain.”
The US treasury secretary pointed to several instances of new supply chains developing in India – such as Apple and Google’s investment in mobile manufacturing — as well as the $500 million funding for a solar module manufacturing facility by an American company in Tamil Nadu.
“This facility will boost India’s solar manufacturing capacity. At the same time, it will help diversify supply chains away from China, which currently dominates over 80% of global solar panel production. Our investments are also consistent with our values: certain solar panel materials produced in China – like those from the Xinjiang region – are known to be produced with forced labour,” she said.
Yellen galls for international cooperation to regulate crypto
US treasury secretary Janet Yellen on Friday called for greater international cooperation, including among public authorities and the private sector, to regulate cryptocurrencies, an issue that came up for discussion during a bilateral discussion with FM Nirmala Sitharaman. “We need a high regulatory standard globally, we need to take steps to reduce the cost of cross-border payments and we are very actively working in the context of financial stability with Financial Action Task Force and multilateral banks like IMF to really address on global basis the risks and some of the benefits from cryptocurrencies,” she said. 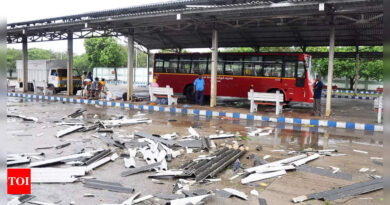 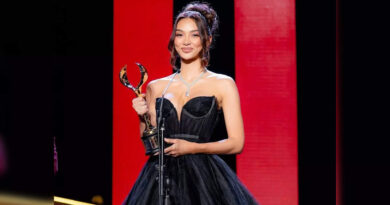 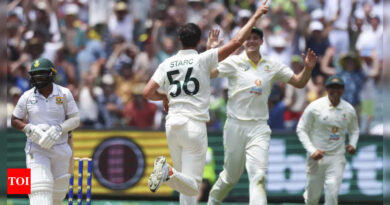