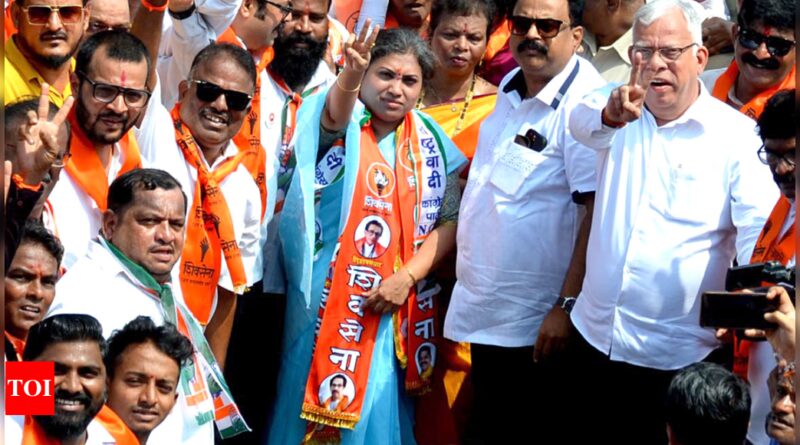 NEW DELHI: Seven assembly consituencies in six states will vote in by-elections on Thursday.
The seats are spread across Bihar (Mokama, Gopalganj), Maharashtra (Andheri East), Haryana (Adampur), Telangana (Munugode), Uttar Pradesh (Gola Gokrannath) and Odisha (Dhamnagar- SC).
The bypolls, coming just before assembly elections in Himachal Pradesh and Gujarat, hold high stakes for all.
The BJP will be eager to check how much it has sustained the momentum from the 2019 Lok Sabha polls.
The opposition parties will try to gauge if they have been able to project a credible alternative to the BJP- the dominant party on the national political landscape.
In three of these states, the BJP has a stake in the government- either as the single largest party or as a coalition partner.
However the contests in several seats voting on Thursday are unique from a political perspective .
Andheri (E), Maharashtra
This is the first major election in Maharashtra since the change of guard at Mantralaya and the “split” in the Shiv Sena.
However those who wanted to see a contest between the two Sena factions will have to wait.
The BJP candidate (also supported by the Shinde faction) withdrew his nomination, giving a virtual walkover to Rutuja Latke of the Thackeray faction.

Political observers say BJP’s decision may have been determined by the worry of lending prestige to a bypoll whose outcome, in case it went in favour of Uddhav Sena, would have affected the BJP-Shinde faction alliance’s prospects for the forthcoming – and much more crucial – Brihanmumbai Municipal Corporation elections.
The BMC is the country’s richest civic body, and all parties will be eager to control it.
Mokama & Gopalganj, Bihar
In Bihar too, this is the first major polls after the political “realignment” that saw JD(U) parting ways with the BJP and joining hands with RJD, Congress and some other parties to form a Grand Alliance government.
RJD’s Anant Singh had to vacate the seat after his conviction in a criminal case, and is now in jail. The Grand Alliance has fielded his wife this time.
Can BJP use the “crimnal nexus” allegation, that it has used for long to attack the RJD, to impress Mokama voters?
The Gopalganj seat fell vacant due to the death of its BJP MLA Subhash Singh. His widow is the BJP candidate this time.
Munugode, Telangana
The bypoll here was necessitated after Komatireddy Raj Gopal Reddy quit the Congress and also as MLA in August, and joined the BJP.
The bypoll also comes after state chief minister K Chandrasekhar Rao has spelt out his national ambitions for the 2024 Lok Sabha elections.
The BJP has its eyes on the state polls due in 2023, and has launched a high-voltage campaign to make inroads in the state, where it won a solitary seat in 2018 elections.
The seat will see a three-way contest between Congress, BJP and KCR’s TRS.
Gola Gokrannath, UP
The seat fell vacant after the death of BJP’s Arvind Giri.
With Congress and BSP not fielding cadidates, it will be a direct fight between the BJP and SP.
Both parties will hope to ride the sympathy wave- BJP has fielded the late Giri’s 26-year-old son Aman. SP, that recently lost its patriarch Mulayam Singh Yadav, has fielded Vinay Tewari who unsuccessfully contested the polls from the seat in 2017 and 2022.
Adampur, Haryana
Kuldeep Bishnoi joined the BJP last August after being expelled from Congress for “anti-party activities.” He has also resigned from Haryana assembly as Adampur MLA, necessitating a bypoll.
His daughter Bhavya is the BJP candidate this time in Adampur.
AAP, that registered a stellar performance in neighbouring Punjab, will hope to make it a three-way contest with the Congress.
Dhamnagar, Odisha
The bypoll here was necessitated by the death of BJP MLA Bishu Charan Sethi in September. The party has give ticket to his son Suryabanshi Suraj Sthitaprajna.
Rival BJD has fielded a woman candidate- Abanti Das. The Congress has fielded Harekrushna Sethi in Dhamnagar. 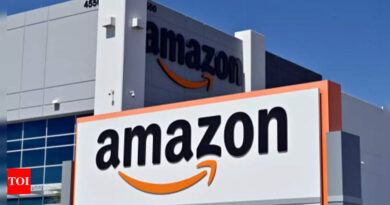 Amazon to shut some India businesses amid global cuts 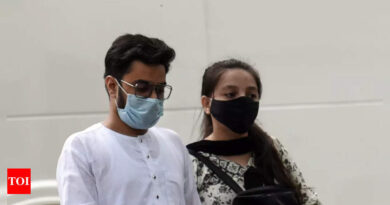 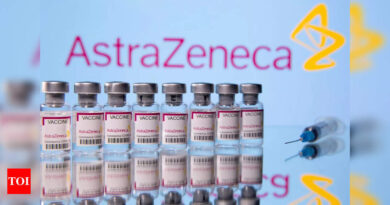