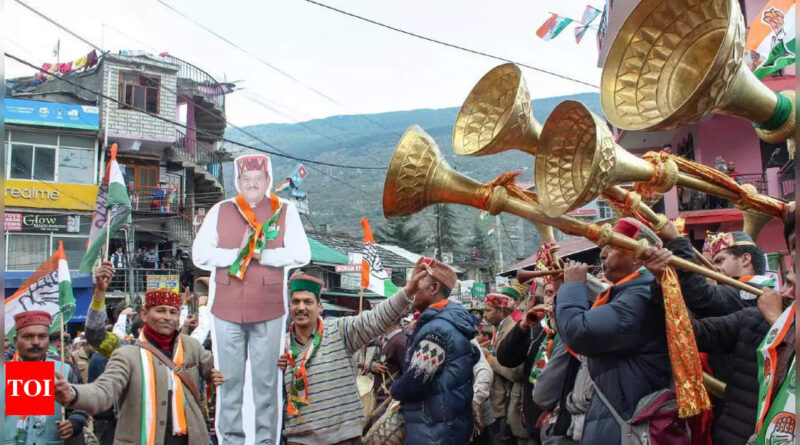 SHIMLA: Himachal Pradesh recorded a provisional turnout of nearly 75% in the single-phase assembly elections on Saturday, with many voters of the hill state trudging through ankle-deep snow or riding ropeways to cross gushing rivers to reach polling stations.
At midnight on Saturday the turnout was recorded to be 74.9%.
The fate of 412 candidates—24 women included—for the 68-member assembly was sealed in EVMs to be opened on December 8 to tabulate the votes and declare the results. Snowfall and a cold snap, typical around this time in the upper reaches, are seen as the main reason why the voting percentage failed to match or do better than the 75.5% registered in the 2017 elections. In some parts of Lahaul and Pangi, people came wearing woollens, while improvised fire pits kept people warm outside some polling stations.
Starting off as a trickle, with only 5% balloting in the first hour, a steady rise in turnout was seen after 1pm, reaching 70.94% by evening, according to provisional data released by the Election Commission (EC). The turnout was high and healthy, according to chief electoral officer Maneesh Garg, who thanked the people for coming out to vote.
Sirmaur saw the highest voting of 72.8%, while Kullu had the lowest of 64.6%. Serak, the constituency of CM Jai Ram Thakur, registered 82.2% voting. Thakur and his family voted at Ahoun polling booth under Murhag panchayat.
Union minister Anurag Thakur as well as his ex-chief minister father, Prem Kumar Dhumal, voted at Samirpur. BJP national president JP Nadda and his family cast their ballot in Bilaspur, while Himachal’s Congress president Pratibha Singh and her son Vikramaditya Singh voted in Rampur.
The cold didn’t deter people in Lahaul-Spiti, Kinnaur and Pangi-Bharmour region of Chamba district from coming out to vote. Long queues of women were seen in most polling stations.
But one pressing question picked at everyone’s mind. Did they vote for change? Himachal has a tradition of changing governments every five years and it’s speculated there won’t be an exception this time too. 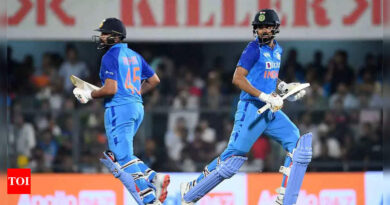 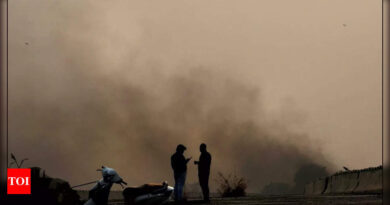