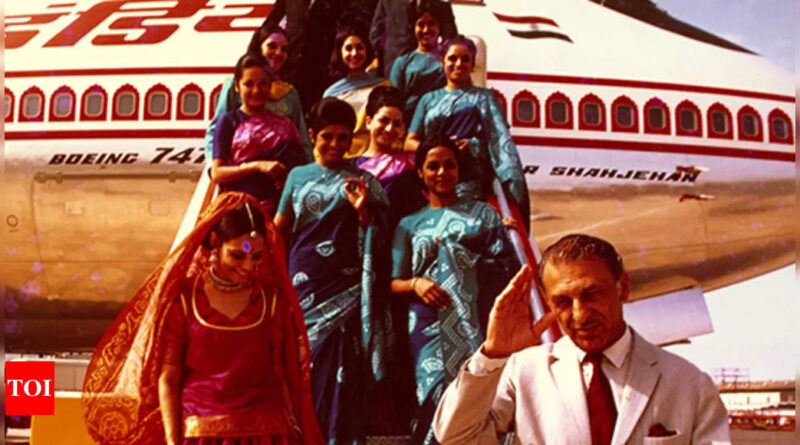 NEW DELHI: Tatas will soon place a “historic order” for latest aircraft for its newest-oldest family member — Air India — which returned to its fold this January nearly after seven decades. The airline’s CEO-MD Campbell Wilson on Saturday gave a glimpse of the mega passenger-friendly Maharaja in the works, fittingly at an event organised in Mumbai by the JRD Tata Memorial Trust to mark the 118th birth anniversary of the father of Indian aviation and Air India founder.
The Tatas are working on a tech-tonic shift in five years for Air India by ensuring a big fleet with comfortable interiors and wide global network with a great frequent flyer programme and focus on safety & on time performance to rebuild its loyal customer base. While they have announced merger of AirAsia India with Air India Express to have a big budget arm for the Maharaja, a similar announcement for merging Vistara with Air India is expected any time now to create a mega full service carrier. So one airline, Air India, will have both a budget and full service arm.
“This transformation, this dawn of a new era, has already started. On fleet, we have restored nearly 20 aircraft that had been grounded for years due to lack of parts and lack of money (and were) cannibalised to keep other aircraft flying…. finalised leases for 30 additional aircraft being delivered over the next 12 months – starting next week – with more in the final stages of negotiation,” Wilson said.
Air India is in “deep discussion” with Boeing, Airbus and engine manufacturers for “an historic order of the latest-generation aircraft… At the risk of gross understatement, the investment will be substantial,” Wilson said.
He had good news for passengers who rightly complain about the sorry interiors of Air India aircraft that suffered due to lack of investment on upkeep or maintenance during its last few penurious state-owned years. “The short term actions have been to replace carpets, curtains, seat cushions and covers. (Will) fix defective seats and inflight entertainment systems as fast as supply chains will allow. And where parts are no longer available in the market, (will) work with the likes of Tata Technologies to design and manufacture parts ourselves. We’ve recently completely revamped the inflight menu.” Air India is getting five ex-Delta Boeing 777s this winter which will be deployed on US routes. These five aircraft will have a premium economy.
“Beyond these immediate actions, we will be committing a very substantial sum of money to improve interiors of all widebody aircraft, including seats and inflight entertainment systems just as soon as we can,” he said.
With many grounded-for-years aircraft being made airworthy since the Tatas took over, Air India has begun expanding its network. The international expansion already announced includes more flights to Vancouver, Sydney, Melbourne, London, San Francisco, New York and Newark. “This is just the start. As we restore and acquire more aircraft, there will be much more to come. You’ll be hearing more details very soon,” Wilson said.
The state-owned AI had not hired people barring flight crew for nearly 15 years till 2021 (early 2022 it retuned to Tata.) Now it is hiring to “fill the gaps”. “Because of that (15-year) freeze, there are effectively two generations missing in our talent pipeline, and in some areas where technical change has been significant, our capability was entirely lacking. There is huge excitement to be part of the new AI. A recent ad for MBA graduates garnered 25,000 applicants in just 10 days. For cabin crew, more than 62,000 applications have been received in just a few months,” he said.
The biggest turnaround in contemporary aviation will take time. A phase-wise timeline has been drawn up pretty much like an aircraft that is pushed back before beginning to slowly taxi on its own power and then reach the runway where it speeds away to ascend to great heights. AI hopes to reach takeoff speed by about 2027.
While Tatas surely inherited Air India in a very sorry condition where the government had made it clear the airline would have to be shut down if it did not get a buyer, Wilson is well aware of JRD’s dream for the airline he founded and its glory days that had lasted till about mid-1980s. Thanks to JRD’s personal attention, AI was acknowledged as one of the world’s best airline.
“I have personal experience of this. Even in New Zealand, where I started my aviation career, my first boss had started his career with AI. AI helped train the cabin crew of the airline I served for 26 years (Singapore Airlines or SIA), one that is today renowned for its inflight service. And advertisements featuring the ‘Air India Girl’ predate, and obviously, provided inspiration for some very famous airline brand campaigns (perhaps referring to the Singapore girl of SIA),” Wilson said, adding, “Unfortunately, more recent decades were not so kind.”
But bad memories of Air India for passengers could soon give way to a new future. What it would be like, Wilson, described, by quoting JRD’s famous lines: “I beseech you that when I am no more, those of you who will still be there always remember this: the airline must never, ever be allowed to be anything but the best. In doing so, we will not only ensure our own development, growth and progress, but the prosperity of our people. In addition to serving our own interests, in serving the airline, in serving the country, we shall be true to the memory of those who have passed on in building up this airline.” 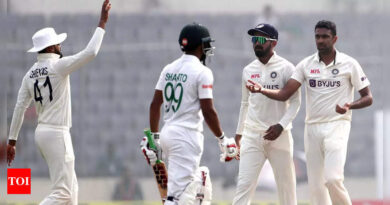 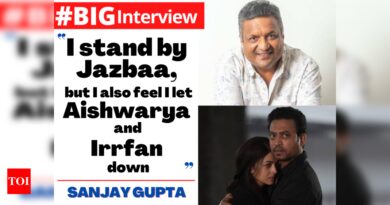 Sanjay Gupta: I stand by Jazbaa, but I also feel I let Aishwarya Rai Bachchan and Irrfan Khan down – #BigInterview | Hindi Movie News 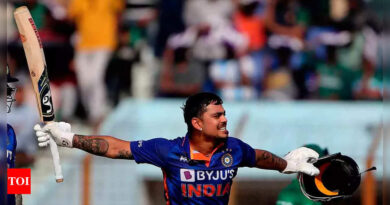