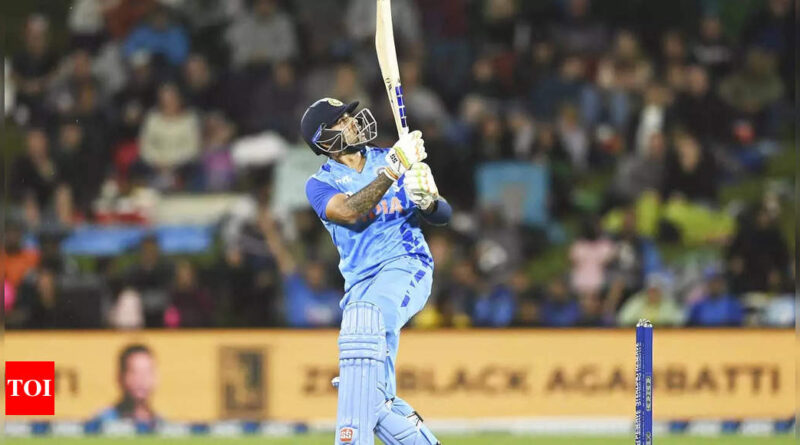 NEW DELHI: Suryakumar Yadav’s ability to play unorthodox shots and his premeditated approach in T20Is is simply outstanding.
His ability to read a bowler before he hits the deck and then launch the ball across the fence with extraordinary skills makes Suryakumar a ‘special’ talent in the Indian cricketing fold.
The World No. 1 T20I batter has been making a mockery of bowling attacks with ease. Be it a lethal pacer or a wily spinner, Suryakumar has all the weapons in his armoury to send the bowler downtown.
Recently, the New Zealand bowlers looked clueless during the 2nd T20I at Bay Oval, in Mount Maunganui, when the Mumbaikar hammered an unbeaten 111 off just 51 balls to take India to a resounding 65-run win over the Kiwis. The Kiwis had no answers to Suryakumar’s tactics.
The 32-year-old smashed 7 sixes and 11 boundaries in his knock.

Image credit: AFP
“His hand-eye coordination is absolutely top-class. You have to preempt well (in advance) where the bowler is going to bowl and then get your body into the right position and then execute a shot. It is very tough,” former India batsman Aakash Chopra told TimesofIndia.com in an exclusive interview.
It’s incredible to think that ‘SKY’ made his India debut in only 2021 in a T20I in March against England in Ahmedabad. So far he has played 42 T20Is and has 1408 runs at an average of 44. He has scored runs at an astonishing strike rate of 180.97.
Since making his debut, there has been no looking back for the 32 year old, who many feel should have been incorporated in the India scheme of things much earlier.
The right-hander has played 13 series (including the 2021 T20 World Cup, 2022 T20 Asia Cup, and 2022 T20 World Cup) so far and has scored at a 40 plus average in 8 series.
He was also named in the “Most Valuable Team” of the ICC 2022 T20 World Cup. He finished the mega tournament as the third highest run-scorer with 239 runs overall.
He smashed three half-centuries – 51 not out vs the Netherlands in Sydney, 68 vs South Africa in Perth, and 61 not out off just 25 balls vs Zimbabwe in Melbourne at a strike rate of 189.68 in his 6 innings.
In the recently-concluded T20I series vs New Zealand, Suryakumar signed off the competition as the highest run-getter – 124 runs in 2 matches at an average of 124. He was also adjudged Player of the Series.

Image credit: ANI
“Surya has been in sublime form for over a year now. He is consistently scoring runs for his team. His hand-eye coordination and immense belief in his own abilities allow him to change shots halfway through. He is committed, that’s why he is able to change his shots. Some of the shots he plays are just incredible and those are not in cricket’s text-book. We have seen AB de Villiers play such shots. His shot selection is pretty much similar to ABD. Suryakumar is a very very special player and he is in a great zone at this point in time. When you talk about hand-eye coordination, when you talk about this kind of high-risk play, Suryakumar fits into this. He is consistent. He is absolutely superb,” Chopra, who played 10 Tests for India, further told TimesofIndia.com.
RANGE, SELECTION AND BELIEF
During the T20 World Cup match against Zimbabwe, Suryakumar stunned everyone with an unbelievable shot off pacer Richard Ngarava. He collected an outside off full toss delivery and dispatched it over the square leg fence, leaving everyone stunned.
The hard-hitting 360-degree batter has invented numerous shots on several occasions whenever he has hit the field.

Image credit: AFP
Chopra went on to talk about Suryakumar’s batting under three subheads – Range, selection and belief.
“Suryakumar’s batting can be described in three points. First, the range of shots he plays makes him special. Second, creating shots. He creates shots and sends those deliveries downtown. The third and final is the belief that you can pull this off. These things are similar and common between Suryakumar and ABD (de Villiers). But ABD has been able to do that for 11-12 years and Suryakumar has just started at this level,” Chopra added.
IS A TEST CALL-UP AROUND THE CORNER NOW FOR SURYAKUMAR?
T20Is box – checked. ODIs box – checked. After setting the shortest format ablaze with his astonishing array of strokes, Suryakumar has now set his sights on a Test call-up.
Is it around the corner? Suryakumar is confident that it is.
“Aa raha hain, woh (Test selection) bhi aa raha hain (that is also coming,” Surya had said after scoring a blistering 51-ball 111 that helped India crush New Zealand by 65 runs in the second T20I.

AFP Photo
The hard-hitting 360-degree batsman has represented Mumbai in 77 first-class matches and has 5326 runs under his belt. He has scored runs at an impressive average of 44.01 in red-ball cricket in the domestic circuit, with 14 hundreds and 26 fifties. He also has more than 100 catches and 24 wickets in the first-class format.
“In the search for Surya, the Test batter, I hope you don’t lose out on Surya, the T20 batter. If you don’t have options, then please go ahead and play him. If you do have options, then there is no harm in making players tournament specific, rather than format specific,” Chopra told TimesofIndia.com.
“He has played a lot of first-class cricket and has scored a lot of runs there. But I am of the opinion that when a guy is better suited for a certain format or formats, then why should we experiment? The time has come when we should not be obsessed with making all players all format players. The perception shouldn’t be like – ‘oh he is good in this format, he should play all formats’. That’s the call Surya, the team management, and the selectors will have to take,” Chopra signed off. 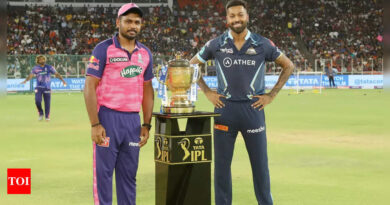 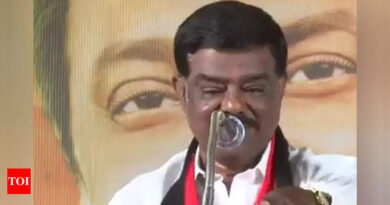 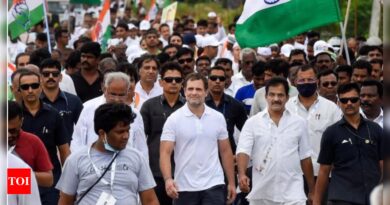