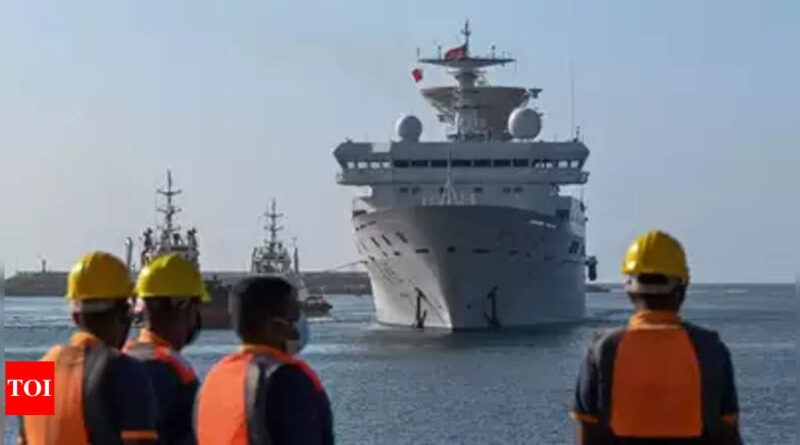 NEW DELHI: Another Chinese research and space-tracking vessel is now prowling in the Indian Ocean Region at a time when India is testing missiles in the Bay of Bengal. The docking of a similar Chinese spy ship at Hambantota in August had led to a major diplomatic wrangle between India and Sri Lanka.
The over 22,000-tonne Yuan Wang-6, which is equipped with large antennae, advanced surveillance equipment and sensors capable of electronic snooping, monitoring satellite launches and tracking trajectories of long-range ballistic missiles, was sailing off the Bali coast in Indonesia early on Friday morning.

The Indian Navy has been “closely monitoring” Yuan Wang-6, which is under the command of the Strategic Support Force of the People’s Liberation Army with a crew of around 400, ever since she entered the IOR through the Sunda Strait of Indonesia some days ago, defence establishment sources told TOI.
India had earlier issued a NOTAM (notice to airmen) with an expanded no-fly zone over the Bay of Bengal for the test of a long-range ballistic missile on November 10-11. A new AD-1interceptor missile for Phase-II of the indigenous two-tier ballistic missile defence (BMD) system was also tested from the Abdul Kalam Island off the Odisha coast just two days ago.
But the user-trial of the ballistic missile of the Agni series by the Strategic Forces Command next week is now likely to be deferred. “China has been regularly sending such spy ships to the IOR in the past to gather technical intelligence, often around the time India tests its missiles. Such vessels can track the speed, accuracy and range of ballistic missiles,” a source said.
In early-August, India had conveyed its serious concerns to Sri Lanka about the docking of Yuan Wang-5 at its southern port of Hambantota. This had initially led Colombo to defer the docking but then in a U-turn had allowed it from August 16 to 22. The US too had red-flagged the presence of the Chinese vessel at Hambantota.

India, of course, can do little about the frequent presence of Chinese warships and research vessels in the IOR, with all countries having the unfettered right to freedom of navigation in international waters. Chinese survey vessels also come regularly to the IOR to map oceanographic and other data useful for navigation and submarine operations, among other purposes.
The bigger strategic concern for India is that China is steadily strengthening its case for the use of Hambantota — which it obtained on a 99-year lease for commercial purposes in 2017 using its debt-trap policy — by its warships and submarines for logistical replenishments.
China already has the world’s largest Navy with 355 warships and submarines, and has been actively hunting for logistical bases in the IOR after establishing its first overseas base at Djibouti on the Horn of Africa in August 2017.
Apart from the readily-available access to the Karachi and Gwadar ports in Pakistan, China has been looking for operational turnaround facilities for its warships and submarines from Cambodia, Seychelles and Mauritius to east African countries in the IOR, as was earlier reported by TOI. 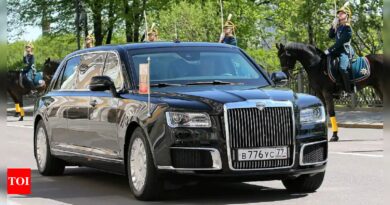 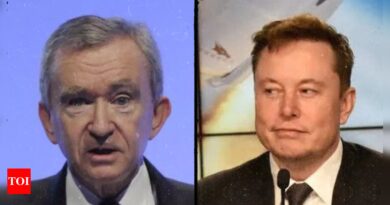 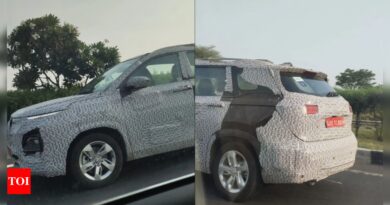