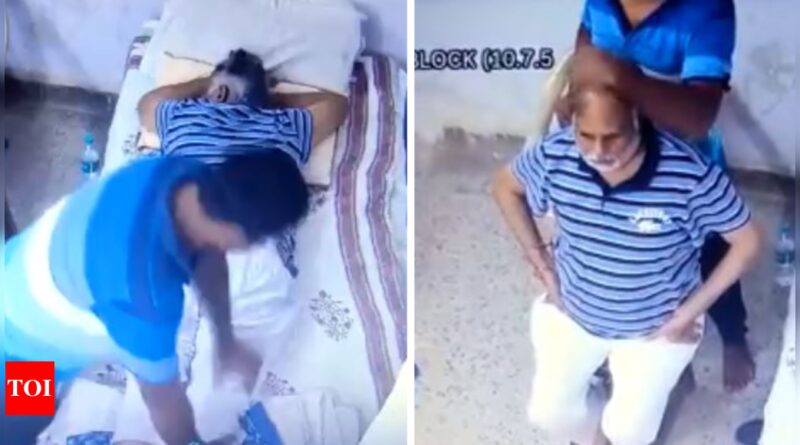 NEW DELHI: Two days after the Bharatiya Janata Party (BJP) demanded to shift Satyendar Jain from Tihar Jail, a CCTV video of the Delhi minister receiving a full body massage has surfaced on social media.
The purported CCTV footage dated September 13 shows the minister lying on his bed and a man next to him is seen massaging his body.

One more All rules thrown to the dustbin! VVIP treatment in jail! Can Kejriwal defend such a Mantri? Should he… https://t.co/3mfO2Iwt3q

Sharing the video, BJP national spokesperson Shehzad Poonawalla took to Twitter and said, “So instead of Sazaa – Satyendar Jain was getting full VVIP Mazaa? Massage inside Tihar Jail? Hawalabaaz who hasn’t got bail for 5 months get a head massage! Violation of rules in a jail run by AAP Govt.”

“This is how official position abused for Vasooli and massage thanks to Kejriwal,” he added.
BJP spokesperson Gaurav Bhatia also attacked AAP saying that the party has become ‘Spa and Massage Party’.
“Where is Kejriwal hidden now. Jain can be seen enjoying massage and meeting visitors in his cell in total violation of rules and prison laws. This VVIP culture in jail is dangerous for democracy,” Bhatia said in a press conference.
Kejriwal not yet removed Jain from the post of minister in his government despite being behind the bars for over five months, he said.
Reacting on the matter, Delhi dy CM Manish Sisodia came into Satyendar Jain’s defence saying that the minister was advised physiotherapy by doctors due to spine injury and the BJP making fun of his illness. “Only BJP can make cruel jokes by leaking CCTV footage of an injured person’s treatment… His spine was damaged, it’s on record.”
“BJP resorting to cheap tactics since they are losing Gujarat and Delhi MCD polls,” he added. He also said that court had instructed ED not to leak this video, “this is violation of court orders,” he said.
The Enforcement Directorate (ED) had detained Jain on May 30 on suspicion of money laundering. The Delhi Prisons department comes under the AAP-led city government.
Earlier this week, a Tihar jail superintendent was suspended for alleged involvement in providing special treatment to Jain in the prison.
ED had claimed in a court here that Jain was getting special treatment inside the Tihar Jail.
The federal probe agency had made the submission before Special Judge Vikas Dhull while concluding its arguments opposing Jain’s plea in the money laundering case.

“Unidentified people were giving foot massages to Jain even beyond curfew hours. He was also given special food,” Additional Solicitor General S V Raju, appearing for the ED, had said.
He had also shared CCTV footage with the court and alleged that most of the time Jain was either in hospital or in jail enjoying various facilities.
Earlier this month, Director General (Prisons) Sandeep Goel was transferred from the Tihar Jail, days after incarcerated conman Sukesh Chandrashekhar alleged extortion of Rs 10 crore for protection in prison by Goel and Jain.
The AAP had dismissed the allegations as “absurd and baseless”.
The ED had arrested Jain and two others on May 30 in the money laundering case based on a CBI FIR in 2017 under the Prevention of Corruption Act. The AAP minister has been accused of having laundered money through four companies allegedly linked to him.
Recently, the Ministry of Home Affairs (MHA) sought a detailed report from Delhi Chief Secretary about allegations that jailed Aam Aadmi Party (AAP) leader Satyendar Jain is getting “special treatment” inside Tihar jail, sources said.
The move comes after the ED in an affidavit in October end informed a Special Delhi Court that Satyendar Jain, who is in jail in connection with a money laundering case, was being given “special treatment” inside Tihar Jail.
ED has alleged in its affidavit that Jain’s wife, Poonam Jain, has been given access to his cell and she meets the Delhi Minister beyond the limits permissible.
The agency also submitted CCTV footage of Jain purportedly receiving a body massage from an unidentified person inside his cell. CCTV footage also showed the jail superintendent meeting him regularly.
During its arguments earlier in court the ED had submitted that there are witnesses and materials sufficient to make out a case of money laundering against the Delhi minister.
Additional Solicitor General appearing for the ED submitted that the accused was involved in money laundering with other accused. He sent money to Kolkata-based companies and that money belonged to Jain. He is the conspirator and kingpin.
The Rouse Avenue Court on November 17 dismissed the bail petition of Jain in the ED case and said the accused Satyender Jain had knowingly done such activities to obliterate the tracing of the source of ill-gotten money and accordingly, the proceeds of crime were layered through Kolkata-based entry operators in a way that its source was difficult to decipher.
(With inputs from agencies) 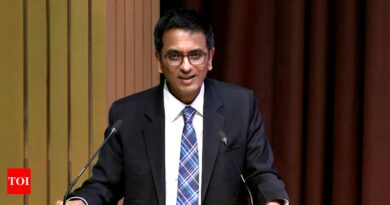 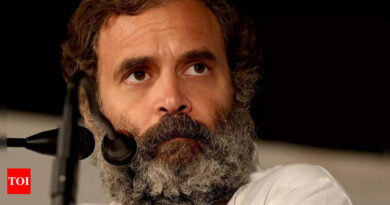 ‘Missing’ Rahul Gandhi may be behind hand-slide | Gujarat Election News 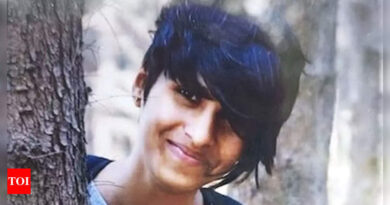 Man chops live-in partner into 35 pieces, disposes them off across Delhi | Delhi News