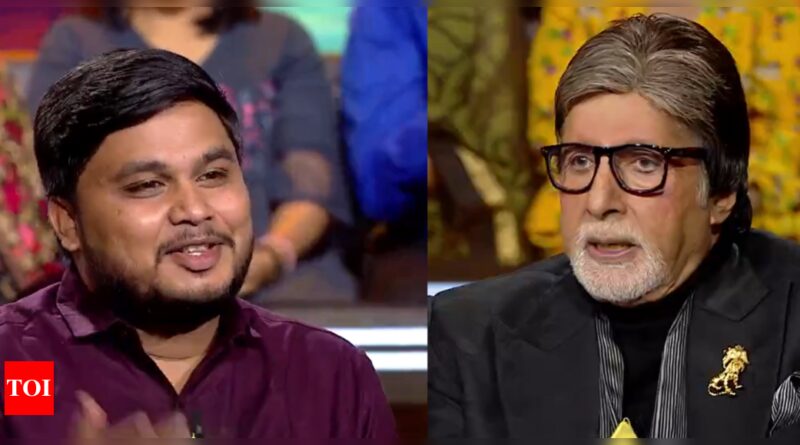 The latest episode of Kaun Banega Crorepati 14 begins with the rollover contestant Pooja Tripathy. He begins with the game, at this stage, Pooja has already used two lifelines and she is set to continue the game. Big B asks the 11th question worth Rs 6,40,000: The first Indian to lead which institution was appointed as the High Commissioner to Australia and New Zealand in the 1950s?

Pooja uses her last lifeline 50-50 and the wrong answers disappear. She then chooses option B: Indian Army and wins the cash prize. Big B proceeds with the next question and she answers it correctly. Amitabh Bachchan warns her to play carefully with the Rs 25,00,000 question: In 1934, who became the first person to win a medal at the Commonwealth Games for India? She chooses Option B: Rashid Anwar and answers it correctly.

Pooja reaches the 14th question for Rs 50,00,000. Who painted the portrait of Mahatma Gandhi which Martin Luther King Jr kept in his office? Pooja has her eyes on option B and she takes the risk to choose option B Lakshman Pai, unfortunately, that is the wrong answer the right answer is option D: Upendra Maharathi. She ends up taking Rs 3, 20,000 home.

Big B begins with the fastest finger first for a new contestant. Mujahid Momin wins the quiz and becomes the next contestant for the hot seat. Mujahid is a quality engineer from Pune, he shares his journey into his career with Big B. Mujahid requests Amitji to address him as Sameer in the episode.

They begin the quiz with the first question for Rs 1000, Which of these words denotes a period between lessons in which school students eat food, play or rest? Sameer chooses Option B Recess and answers it correctly. Momin completes the first padav smoothly. He takes a moment to wish Aishwarya Rai Bachchan for her birthday and asks Amitabh Bachchan to convey his wishes.

Big B proceeds with the eighth question for Rs 80,000: Which of these freedom fighters founded the Deccan Education Society in Maharashtra in the year 1884? Mujahid quickly answers Option C: Lokmanya Tilak. Amitabh Bachchan shares the details about the answer and continues to speak about Ganesh Puja. This reminds Mujahid about Dagdusheth Halwai and reveals that Jaya Bachchan has a strong belief. Amitabh Bachchan reveals the reason, Jaya was studying in FTII, Pune and that’s how her belief grew stronger towards Dagdusheth Halwai.

Amitabh Bachchan introduces the tenth question for Rs 3,20,000: Known for the Hangul, which national park was created by relocating 10 villages in Jammu and Kashmir? Mujahid takes his first lifeline Audience Poll and chooses option A: Dachigam.

Mujahid requests Amitabh Bachchan to speak to his Nanaji and gifts Big B a special perfume that he had brought from his hometown. Big B appreciated the perfume given by his grandfather with a fragrance of rose and musk. He reveals that ‘I wear musk all the time at my home.’ They move ahead with the eleventh question worth Rs 6,40,000: Which Union Territory’s emblem features an illustration of the Open Hand Monument by Le Corbusier?

Amitabh Bachchan is back with the next round of Fastest Finger First. He announced Anjali Kumar as the next contestant for the hot seat. Anjali is a part of the multitasking staff of the Ministry of Health and Welfare. She is from Poornia, Bihar. She shares the details of her job with Big B and they begin with the game.

Amitabh Bachchan starts with the first question: If you are calling someone Jijaji how are they related to you? She chooses Option C: Sister’s husband and wins Rs 1000. Moving ahead to the fourth question, the Name of which of these cities is said to literally mean “Door of Bengal”? Anjali chooses her first lifeline Audience Poll and chooses option A: Darbhanga.

The hooter rings right when Amitabh Bachchan is about to ask the fight question and they continue the game for the next day. 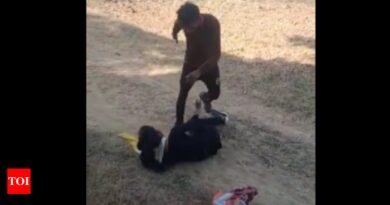 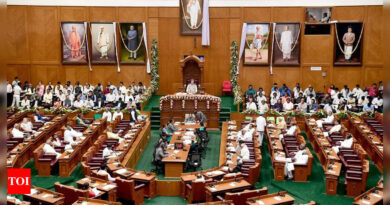 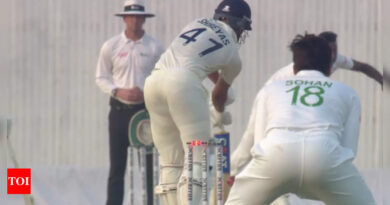