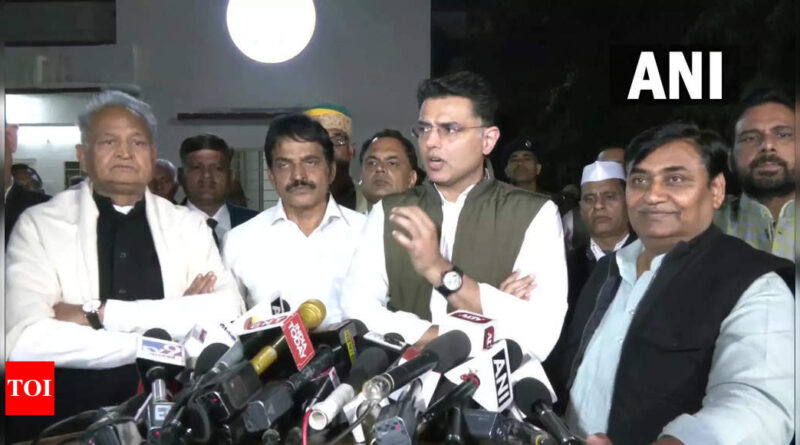 NEW DELHI: Rajasthan chief minister Ashok Gehlot and Congress MP Sachin Pilot shared the stage at a press meeting in Jaipur on Tuesday, just days after tensions erupted between the two leaders when Gehlot called Pilot a ‘gaddar (traitor)’.
In what looked to be a stage-managed briefing to show that all was well in the Rajasthan unit of the party, general secretary KC Venugopal said: “We are united. Here Ashok Ji and Sachin Pilot Ji have said that the Congress party in Rajasthan is united. Rahul Gandhi has clearly stated that both leaders are assets to the party.”
Gehlot and Pilot spoke about Rahul Gandhi’s Bharat Jodo Yatra entering Rajasthan on December 4.

“Bharat Jodo Yatra with Rahul Gandhi will be welcomed with maximum enthusiasm and energy in Rajasthan. The yatra will spend 12 days in the state. It will be a historic yatra with participation of all sections of people,” said Pilot in Jaipur.
Gehlot on his part said there was nothing more to say on the power tussle topic after Rahul Gandhi described the two feuding leaders as the party’s “assets”.
Gaddar remark
On November 24, Gehlot had launched a scathing attack against Pilot, calling him a “gaddar” (traitor) who stood no chance of ever stepping into his shoes after having tried to topple his own party’s government two years ago while holding the post of party president.
“How can he (Pilot) become CM? Our MLAs will never accept someone who led a revolt,” Gehlot told a TV channel. Gehlot’s latest salvo in his running feud with Pilot came amid renewed speculation of a change in leadership as Rahul Gandhi’s Bharat Jodo Yatra is set to reach the state in early December.
Wading into the issue, Rahul Gandhi on Monday said both leaders were ‘assets to the party’.

“I don’t want to get into who said what. Both these leaders (Gehlot and Pilot) are assets to the Congress party. But I want to guarantee one thing – that it (the tug of war between the two) won’t make any impact on Bharat Jodo Yatra,” Rahul said at a press meet in Indore’s Sanwer tehsil.
(With inputs from agencies) 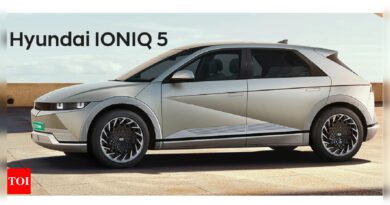 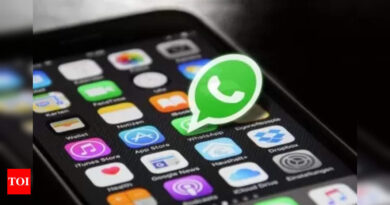 WhatsApp Outage in India: WhatsApp down for some users in India, company says working on it | 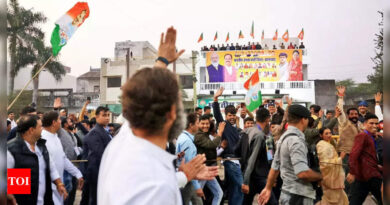