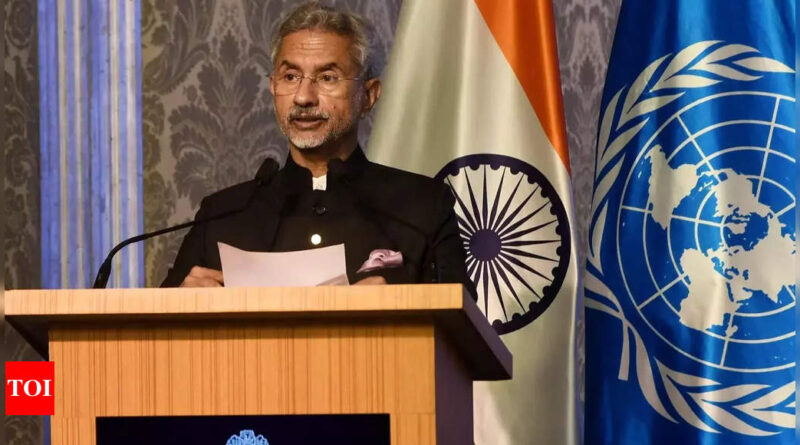 NEW DELHI: The UNSC Counter-Terrorism Committee (CTC) Special Meeting Friday saw India renewing its push to bring the 26/11 perpetrators to justice as foreign minister S Jaishankar said the key conspirators and masterminds remained “protected and unpunished’’ and that the Security Council had been unable to act against some of them because of political considerations.
The 2-day CTC meeting started in Mumbai with all UNSC member-states participating in a wreath-laying ceremony at the 26/11 Memorial at the Taj hotel, one of the main targets of the Mumbai attacks.

Jaishankar specified 5 points before the CTC to block financial resources that allow terrorism to thrive, one of which was to ensure effective and transparent functioning of the UNSC sanctions regime and make sure they are not rendered ineffective for political reasons. This is important in the context of China’s repeated forestalling of UN sanctions on Pakistan based terrorists. While highlighting in a presentation Pakistan’s links with the attacks that left more than 170 dead, Indian authorities played the recording of one of these terrorists, Sajid Mir, directing the 26/11 perpetrators as they wreaked havoc on the city. China blocked a proposal for a UN ban on Lashkar-e-Taiba (LeT) commander Mir last month.
“Objective and evidence-based proposals for listing of terrorist groups, especially those that curb their access to financial resources must be seen through,’’ said Jaishankar, as he called for rising above political differences to address the scourge of terrorism. He was speaking at the informal briefing on combating terrorism-financing.

His proposal included a call for effective and sustained efforts at countering terror-financing, and also international cooperation and concerted action against terrorists and their sponsors, including through “dismantlement of terrorist safe havens, sanctuaries, training grounds and financial and ideological as well as political support structures’’.
Jaishankar called for strengthening action against terrorism’s nexus with transnational organized crime, illicit drugs and arms trafficking. Also among the 5 points he highlighted was the need to address the issue of exploitation by terrorists of the anonymity afforded by new and emerging technologies such as virtual currencies for fundraising and finances.
Jaishankar recalled how the UNSC met and in one voice condemned the act of cross-border terrorism that was 26/11 even while the attacks were still unfolding. As some of the victims recalled their horror stories in the Meeting, the minister said it was incumbent on all, as responsible members of the international community, to persevere in their efforts to bring the perpetrators of terrorism to justice. “We owe this to every victim of terrorism across the world,’’ he said, adding 26/11 will never ever be forgotten.

“We, in India, understand its (terrorism) cost more than others. But with that experience comes the steeling of national resolve. Decades of cross border terror has not and will not weaken our commitment to fight back,’’ said Jaishankar.
“Our real tribute to the victims will be to rededicate ourselves to combating and eliminating the menace of terrorism. The battle against terrorism must be fought resolutely at all fronts, all situations, and all places. We cannot be found wanting in our efforts,’’ he added.
Jaishankar recalled how it wasn’t just an attack on Mumbai, but an attack on the international community as people of specific nationalities were identified before being murdered. As a result, he said, the commitment of each and every member state of the UN to combat terrorism stood publicly challenged.
“The task of bringing the perpetrators to justice remains unfinished. Together, we should send out the message that the international community will never give up on holding terrorists accountable and delivering justice,’’ said the minister. 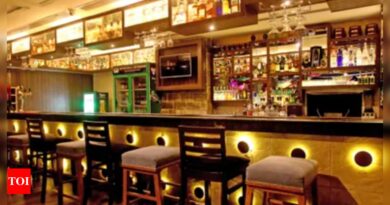 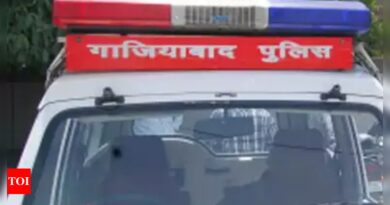 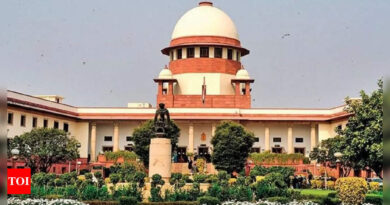 Religious conversion a serious issue, should not be given political colour: SC | India News