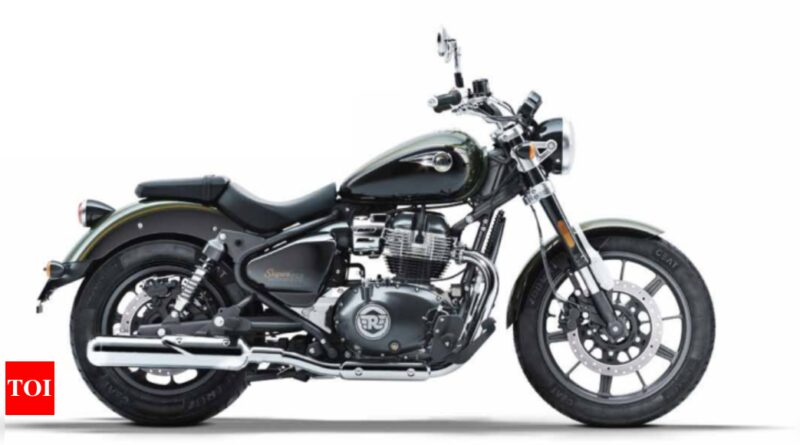 Royal Enfield has finally revealed the highly-anticipated Super Meteor 650 cruiser motorcycle at the 2022 EICMA in Milan, Italy. The new bike joins the Interceptor 650 and Continental GT 650 as the company’s third 650 cc offering in the market.
Design wise, the new Super Meteor takes heavy inspiration from its younger sibling, the Meteor 350. However, the former is obviously larger in size. It additionally gets dual exhausts, as well as LED headlamp and tail light. Royal Enfield has introduced the new Super Meteor 650 in two variants – standard and Tourer. The standard Super Meteor 650 is being called the ‘solo tourer’ variant, and is available with five colour options -Astral Black, Astral Blue, Astral Green, Interstellar Grey and Interstellar Green.
On the other hand, the Super Meteor 650 Tourer can be had in either Celestial Red or Celestial Blue only. The extensive list of accessories on offer with the cruiser motorcycle include bar end mirrors, footpegs, LED indicators, machined wheels, touring dual-seat, touring windscreen, passenger backrest, longhaul panniers, touring handlebar and so on.

The new Super Meteor 650 is equipped with the same powertrain as the 650 twins. This 648 cc parallel twin air/oil-cooled SOHC engine belts out 47 PS of max power at 7,250 rpm and 52.3 Nm of peak torque at 5,650 rpm, and is mated to a 6-speed transmission.
The motorcycle is built on a steel tubular spine frame that is suspended on 43 mm upside down front forks with a 120 mm travel, and preload adjustable twin shock absorbers at the rear with 101 mm travel. It should be noted that the Super Meteor 650 is the first Royal Enfield bike to be offered with USD forks. The bike gets 100/90 R19 section tyre at the front, and a 16-inch wheel at the rear wrapped in 150/80 section tyre – both tubeless.
Braking duties are taken care of by a 320 mm disc at the front, coupled with a 300 mm disc at the rear with dual channel ABS. The bike has a 15.7-litre fuel capacity, and weighs 241 kg (with 90% fuel and oil), which makes it the heaviest Royal Enfield motorcycle currently on sale.

While the price hasn’t been revealed yet, the RE Super Meteor 650 is expected to be priced between Rs 3 – 3.5 lakh (ex-showroom). Given the equipment on offer, the cruiser bike will become Royal Enfield’s flagship offering upon arrival, meaning it would be positioned above the Continental GT 650 and Interceptor 650. A price reveal could happen at the Royal Enfield Rider Mania 2022, set to be held later this month.
What do you think about the latest addition to the Royal Enfield lineup? Let us know in the comments down below. 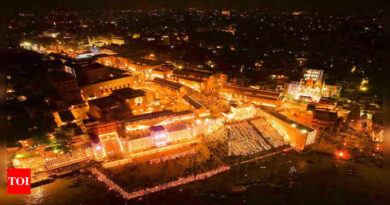 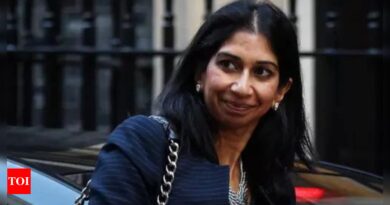 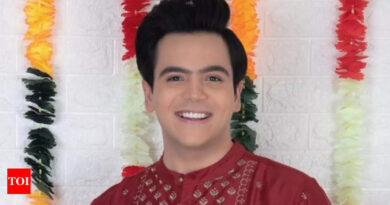