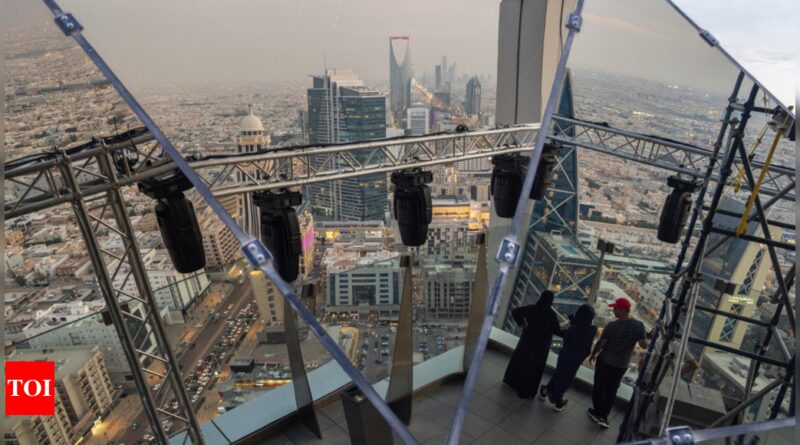 WASHINGTON: Saudi Arabia has shared intelligence with American officials that suggests Iran could be preparing for an imminent attack on the kingdom, three US officials said Tuesday.
The heightened concerns about a potential attack on Saudi Arabia come as the Biden administration is criticizing Tehran for its crackdown on widespread protests and condemning it for sending hundreds of drones — as well as technical support — to Russia for use in its war in Ukraine.
“We are concerned about the threat picture, and we remain in constant contact through military and intelligence channels with the Saudis,” the National Security Council said in a statement. “We will not hesitate to act in the defense of our interests and partners in the region.”
Saudi Arabia did not immediately respond to requests for comment. Nor did Saudi’s mission to the United Nations.
One of the officials who confirmed the intelligence sharing described it as a credible threat of an attack “soon or within 48 hours.” No US embassy or consulate in the region has issued alerts or guidance to Americans in Saudi Arabia or elsewhere in the Middle East based on the intelligence. The officials were not authorized to comment publicly and spoke on condition of anonymity.
Asked about reports of the intelligence shared by the Saudis, Brig. Gen. Pat Ryder, the Pentagon press secretary, said US military officials “are concerned about the threat situation in the region.”
“We’re in regular contact with our Saudi partners, in terms of what information they may have to provide on that front,” Ryder said. “But what we’ve said before, and I’ll repeat it, is that we will reserve the right to protect and defend ourselves no matter where our forces are serving, whether in Iraq or elsewhere.”
State Department spokesperson Ned Price said America was “concerned about the threat picture,” without elaborating.
The Wall Street Journal first reported on the Saudis sharing the intelligence earlier on Tuesday. Iran has alleged without providing evidence that Saudi Arabia and other rivals are fomenting the dissent on its streets by ordinary Iranians.
Of particular ire is protest coverage by Iran International, a London-based, Farsi-language satellite news channel once majority-owned by a Saudi national.
The US and Saudis blamed Iran in 2019 of being behind a major attack in eastern Saudi Arabia, which halved the oil-rich kingdom’s production and caused energy prices to spike. The Iranians denied they were behind the attack, but the same triangle-shaped, bomb-carrying drones used in that attack are now being deployed by Russian forces in their war on Ukraine.
The Saudis have also been hit repeatedly in recent years by drones, missiles and mortars launched by the Iran-backed Houthi rebels in Yemen. Saudi Arabia formed a coalition to battle the Houthis in 2015 and has been internationally criticized for its airstrikes in the war, which have killed scores of civilians.
In recent weeks, the Biden administration has imposed sanctions on Iranian officials for the brutal crackdown on demonstrators after the death of 22-year-old Mahsa Amini in September after her arrest by Iran’s morality police. The administration has also hit Iran with sanctions for supplying drones to Russia for use in its war in Ukraine.
At least 288 people have been killed and 14,160 arrested during the protests, according to the group Human Rights Activists in Iran. Demonstrations have continued, even as the feared paramilitary Revolutionary Guard has warned young Iranians to stop.
Iran already launched a series of attacks targeting Kurdish separatist positions in northern Iraq amid the protests, killing at least 16 people, including an American citizen.
U.S. relations with Saudi Arabia have also been strained after the Riyadh-led alliance of oil producing nations, OPEC+, announced in October that it would cut production by 2 million barrels per day starting in November.
The White House has said it is reviewing its relationship with the Saudis over the move. The administration said the production cut is effectively helping another OPEC+ member, Russia, pad its coffers as it continues its war in Ukraine, now in its ninth month.
White House National Security Council spokesman John Kirby on Tuesday reiterated that the administration remains concerned that Iran may also provide Russia with surface-to-surface missiles.
“We haven’t seen that concern bear out, but it’s a concern we have,” Kirby said.
Even as the US and others raise concerns about possible Iranian action, the administration has not ruled out the possibility of reviving the 2015 Iran nuclear deal, which was brokered by the Obama administration and scrapped in 2018 by the Trump administration.
The US special envoy to Iran, Robert Malley, said on Monday that the administration was not currently focused on the deal, which has been stalled since August.
Still, Malley refused to declare the deal dead and said the administration “makes no apology” for “trying to do everything we can to prevent Iran from acquiring a nuclear weapon.”
The deal had provided Tehran with billions of dollars in sanctions relief in exchange for the country agreeing to roll back its nuclear program. It includes caps on enrichment and how much material Iran can stockpile and limits the operation of advanced centrifuges needed to enrich. 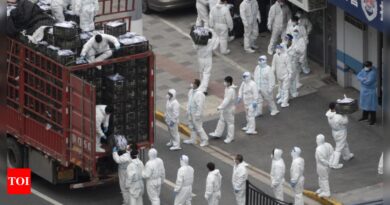 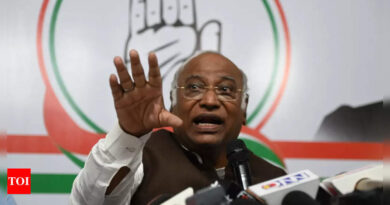 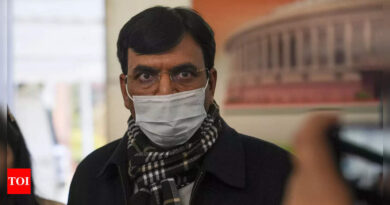 ‘If this is their mindset … ‘: Mansukh Mandaviya hits back after Congress accuses him of targeting Rahul Gandhi’s ‘Bharat Jodo Yatra’ | India News