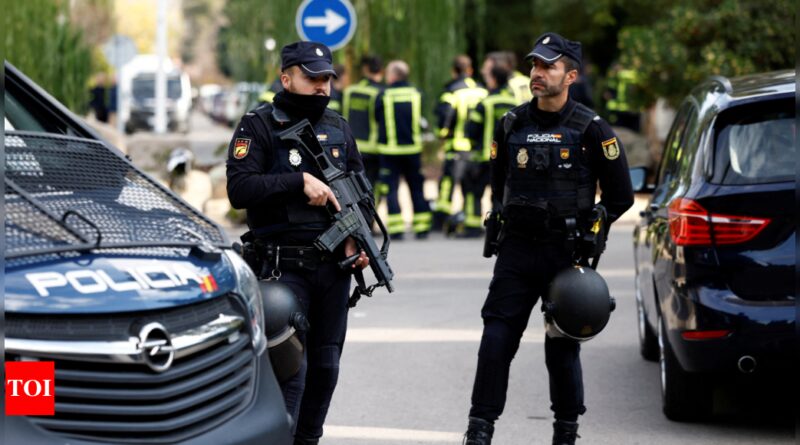 MADRID: Spanish police were investigating Thursday a series of letter bombs sent to targets including the prime minister and the US embassy, similar to one which went off at the Ukrainian embassy, hurting a staff member.
The interior ministry revealed that an envelope with “pyrotechnic material” had arrived at Prime Minister Pedro Sanchez’s official residence on November 24. It was destroyed in a controlled explosion.
Spain’s High court meanwhile announced it had broadened an initial investigation over the Ukraine embassy letter bomb to cover the all the other incidents.
Both announcements came a day after the security officer at Ukraine’s embassy in Madrid suffered a light injury to one hand while opening a letter bomb addressed to the Ukrainian ambassador, an incident that prompted Kyiv to boost security at its embassies worldwide.
That letter, like the others discovered, arrived by regular mail.
Later in the evening, a second “suspicious postal shipment” was intercepted at the headquarters of military equipment firm Instalaza in the northeastern city of Zaragoza, the interior ministry said.
Instalaza makes the grenade launchers that Spain donates to Ukraine.
Then on Thursday morning letter bombs arrived at the defence ministry; and at an air base in Torrejon de Ardoz, just outside Madrid, from where weapons donated by Spain are sent to Ukraine.
“The characteristics of the envelopes, as well as their content, are similar in the five cases,” Spain’s secretary of state of security, Rafael Perez, told journalists.
“There are signs that indicate that the letters came from Spanish territory, but I insist we must be prudent…we are at the beginning of the investigation.”
A few hours after he spoke the interior ministry said another letter “with similar characteristics as the others” had been intercepted at the US embassy in Madrid.
Ukraine’s ambassador to Spain, Serhii Pohoreltsev, appeared to blame Russia for the letter bomb at its embassy.
“We are well aware of the terrorist methods of the aggressor country,” he said during an interview late Wednesday with Spanish public television.
“Russia’s methods and attacks require us to be ready for any kind of incident, provocation or attack,” he added.
But in a statement Thursday, Russia’s embassy in Spain said: “Any threat or terrorist act, especially those that target a diplomatic mission, is to be totally condemned.”
The letter to the defence ministry was addressed to Defence Minister Margarita Robles. The one sent to the air base was meant for a European Union satellite centre located there.
That centre supports the bloc’s foreign and security policy by gathering information from satellite imagery, according to its website.
After scanning the envelope that arrived at the air base by X-ray, security officers determined it contained “a mechanism”, the ministry statement said. Police were still analysing the envelope.
In Ukraine, foreign minister Dmytro Kuleba said three embassies had now received threatening letters.
The letters had not contained explosives but another substance, he added, saying only that they had been “soaked in red liquid”.
Kuleba has already ordered the strengthening of security at all of their embassies, the country’s foreign ministry said Wednesday after the letter bomb went off at the embassy in Madrid.
Spain’s interior minister said it had ordered increased security measures at all embassies and consulates in the country, as well as “other sites that require special protection”.
Security had already been boosted in February after the start of Russia’s invasion of Ukraine.
In addition to sending arms to help Ukraine, Spain is training Ukrainian troops as part of a European Union programme and providing humanitarian aid. 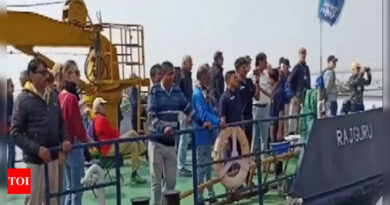 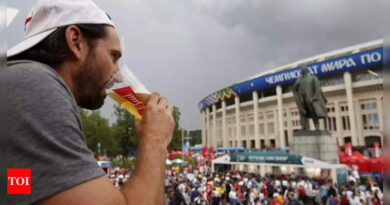 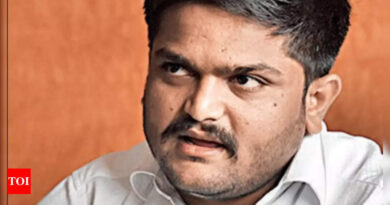