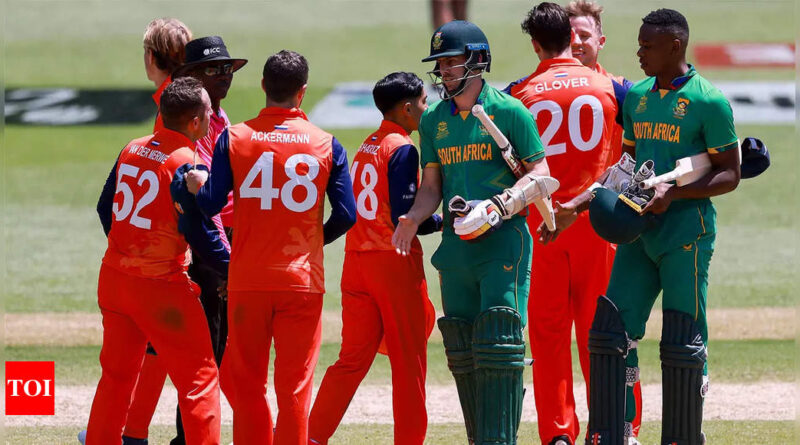 When India won the first T20 World Cup way back in 2007, it was an upset of sorts. But those days, all the teams were learning the ropes and the surprise factor around the Indian win was more because the Men in Blue had a disastrous 50-over World Cup earlier in the year.
Since then, in the six more World Cups before this, there has been the odd upset here and there. But never has there been a World Cup like this, where upsets have virtually become par for the course.

Since the first day of the tournament to the end of the league stages, the so-called minnows have pulled off wins which have made it impossible to predict who would finish in top-four. On Sunday too, it was Netherlands’ brilliant win against South Africa that threw open Group 2 and Pakistan cashed in on that to make the semis. But then, they had to beat a spirited Bangladesh who were alive till Sunday.
TOI takes a look at some of the reasons behind the rising number of upsets in the tournament. . .
EXPOSURE TO PRIVATE LEAGUES ACROSS THE WORLD: Many players from the so-called smaller teams are playing in the franchise leagues across the world. So, they are getting used to dealing with the pressure of delivering on a daily basis under immense pressure. The fact that these players are not facing the top guys for the first time in the World Cup has given them the confidence to compete vigorously and that is reflecting in the teams’ performances.
AUSTRALIAN CONDITIONS: R Ashwin has been coming to Australia with the Indian team since 2011. He said on Saturday that he has never faced conditions like these. In this part of the world, international cricket normally starts a little later and it has meant that the pitches have been more responsive, giving the bowlers a better chance. It has caught some of the bigger teams off-guard and has given more chances to the smaller teams to make an impact.

THE RAIN FACTOR: T20 being a short format generally gives smaller teams a better chance to compete. And in this World Cup, with the weather playing truant, matches have often been shorter and the gap between the bigger and smaller teams have come down even more. It was the weather that played a huge role in England’s loss against Ireland, a result that had kept Group 1 open till Saturday.
QUALITY SUPPORT STAFF IN SMALLER TEAMS: India’s 2011 World Cup’s winning coach Gary Kirsten was part of the support-staff of the Dutch team that beat South Africa on Sunday. Most of the minnows have coaches who have played cricket at the highest level and they have been able to make the players believe that it is not impossible to fight the big boys.
MINNOWS MAKE A MARK IN THIS T20 WC:
Namibia beat Sri Lanka: The African minnows beat the 2014 T20 World Champions by 55 runs on the first day that made the first round extremely interesting
Scotland beat West Indies: The Scots thrashed two-time champions Windies by 42 runs, that put Nicholas Pooran’s team on the back-foot after their first game of Round 1
Ireland beat Windies: Windies could have qualified for Super 12s with a win in this game, but players like Paul Stirling and Lorcan Tucker, who have experience of playing franchise cricket, played key roles in showing WI the door
Ireland beat England: Ireland showed enough maturity to deal with frivolous weather even when they had to bat first in the Super 12 match. Andrew Balbirnie, Joshua Little – with franchise experience – did just enough as England’s late burst was stopped on the tracks by the rain.
Zimbabwe beat Pakistan: Probably the biggest shock of the tournament before Sunday. The Zimbabwe bowlers made brilliant use of helpful Perth conditions and the complacency of the Pak batters chasing 131 for victory led to the incredible result
Netherlands beat South Africa: The Proteas were the form team of the tournament till last Sunday. This Sunday they are going home, courtesy the Netherlands. 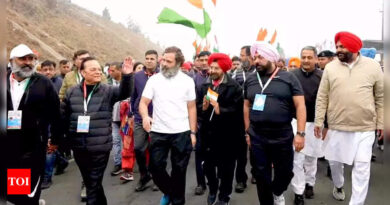 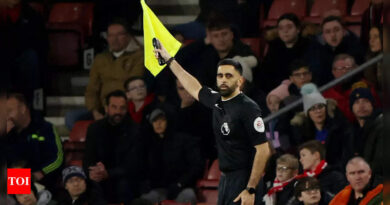