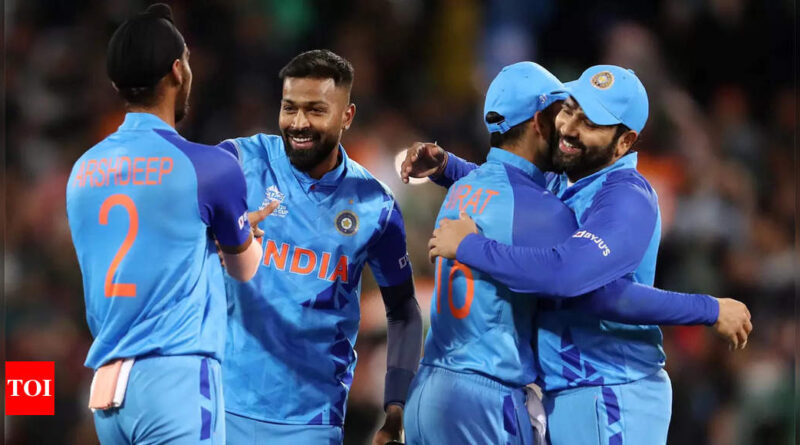 ADELAIDE: A piece of sheer on-field brilliance by a rejuvenated KL Rahul and divine intervention by the weather gods took India one step closer to the T20 World Cup semifinals with an edge-of-the-seat five-run victory over Bangladesh in a rain-curtailed contest on Wednesday.
Having posted an imposing total of 184 for 6 courtesy Virat Kohli (64 not out off 44) and KL Rahul (50 off 32), little did India factor in what was about to hit them in the form of Litton Das (60 off 27 balls).
Scorecard | As it happened | Points Table
Needing 151 in 16 overs as per the revised target after a brief spell of rain, Bangladesh managed 145/6 in the end. India, who now have six points from four games, will need to beat Zimbabwe in their last Super-12 match to clinch a last four place.
Needing 20 off last over, young Arshdeep Singh showed ice-cool temperament despite Nurul Hasan hitting him for a six and four as he bowled a couple of perfect yorker length deliveries to seal the tie.
Just when Bangladesh were cruising along at 66 for no loss in 7 overs, heavens opened up much to the delight of the Bangladeshi fans and their partisan media.

(AP Photo)
After the forced break, the revised target as per DLS method required Bangladesh to score 85 off 54 balls. The break did affect their momentum as Rahul effected a run-out that will be a part of any highlights package with the direct throw from deep mid-wicket getting rid of Litton.
Just like it happened with Mohammed Nawaz in the Asia Cup, India’s coaching staff had no planning for Litton, who cleverly played for the rain.

Bangladesh gave it their all, but India reign in Adelaide 🙌#T20WorldCup | #INDvBAN | 📝: https://t.co/vDRjKeeGvf https://t.co/EOMtLYt3zb

After a quiet first over by Bhuvneshwar Kumar, the next over by Arshdeep saw the right-hander repeatedly stepping down the wicket, trying to negate any swing on offer.
In the next few overs, he was all over Arshdeep and Bhuvneshwar as he converted good length deliveries into over-pitched ones and lofted them over the infield. It was one of the finest T20I fifties for Bangladesh, coming only in 21 balls.

AFP Photo)
Litton played cover drives, pulls and hit sixes behind square guiding the pace of the deliveries, making Rohit Sharma look clueless during the Powerplay overs which yielded 60 runs.
By the time it started drizzling, Bangladesh were 66 for no loss in seven overs with a 17-run advantage on DLS par score.
Once the target was reduced, Rahul’s inspirational fielding from the deep found Litton short of his ground at the non-striker’s end.
Shanto (21 off 25 balls) struggled for timing for the better part before a mistimed pull off Shami’s bowling found Suryakumar Yadav at wide long-on.

While two wickets fell in quick succession, the moist outfield due to rain made it difficult to grip the ball as Shakib Al Hasan launched into Ravichandran Ashwin for a couple of boundaries.
But Arshdeep (2/38 in 4 overs) coming for his post-rain spell got the dangerous Afif Hossain caught by Surya and then skipper Shakib was caught by substitute fielder Deepak Hooda at deep mid-wicket to change the complexion of the match.
Hardik (2/28 in 3 overs) then removed Yasir Ali and Mosaddek Hossain Saikat in one over to seal the match.
Earlier, Kohli’s eternal love affair with the Adelaide Oval continued as he powered India to a strong total.

.@arshdeepsinghh scalped 2⃣ wickets & was our top performer from the second innings of the #INDvBAN #T20WorldCup ma… https://t.co/V9ADl9HxxF

There were eight fours and a six in his 44-ball innings as none of the Bangladesh bowlers had any answer for his exquisite stroke-play.
The pitch was way slower compared to Perth and the Bangladesh bowling attack fizzled out under extreme pressure in the post-Powerplay overs as Rahul (50 off 31 ball) also returned to form with his first fifty of the tournament.
Kohli, en route to his third half-century of the competition, had a couple of useful stands – 67 for second wicket with Rahul and 38 for the third wicket with Suryakumar Yadav (30 off 15 balls).
Shakib Al Hasan (2/33 in 4 overs) picked wickets of Rahul and Surya but Taskin undoubtedly was the best bowler on view.
Having copped a lot of criticism over the past three games, Rahul got into his element. He played his customary ‘pick-up pull-shot’, which is a whip off the wrists behind square for a six.
With skipper Rohit dismissed cheaply, Kohli eased the initial pressure put by Taskin with some fleet-footed running between the wickets.
Rahul took 20 balls to score his first 21 runs but once the Powerplay was done away with, he suddenly upped the ante as in one over from Shoriful, he hit a short-arm pull over deep mid-wicket and a slash over backward point for two maximums.
That ninth over from Shoriful yielded 24 runs and the pressure was completely released on the Indian batters.
Rahul’s next 29 runs came off 10 balls before his 31-ball-50 ended when an attempted lap-shot found the top-edge and Mustafizur took a well-judged catch off skipper Shakib’s bowling.
Kohli at the other end hit a flurry of boundaries – a couple off Taskin, one from Mustafizur and the best of the lot – a copybook off-drive that one can watch on the loop as many times one wishes to.
The stage was set for Suryakumar and he responded in style with a quickfire cameo before Shakib’s arm-ball breached his defense.
However, Kohli continued to attack from one end to take India to an above-par score. 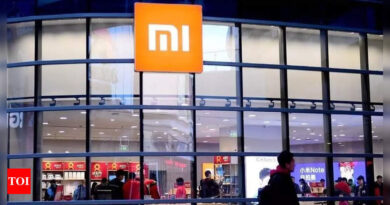 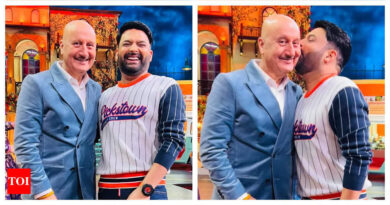 Anupam Kher visits The Kapil Sharma Show and shares photos of Kapil kissing him with love; fans remind him of the ‘Kashmir Files’ controversy 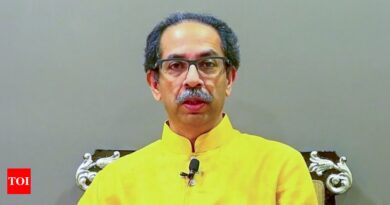