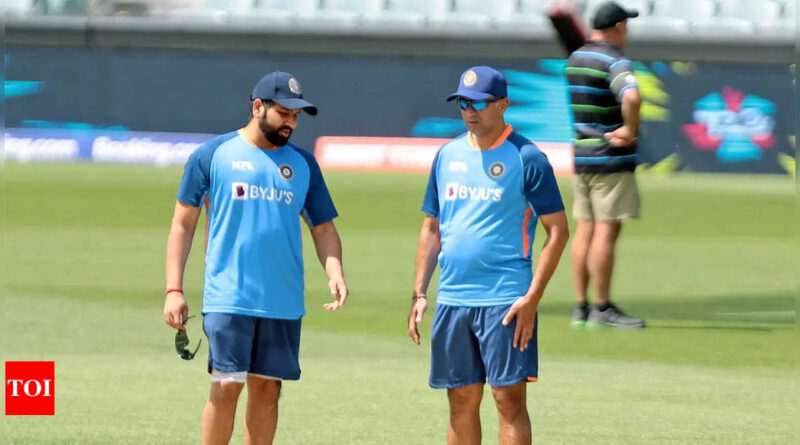 Men in Blue could gain from the fact that semifinal rivals England haven’t been their usual bold, expressive selves
ADELAIDE: The knockouts. This is what it has all been leading up to. This is what Rohit Sharma was made captain for, so the question may as well be asked: is this India’s best chance to break a nine-year drought? The team hasn’t won any ICC event, in any white-ball format, since the 2013 Champions Trophy. Victory in the semifinal against England here on Thursday and they could have another shot at the title against effervescent Pakistan.
However, India also haven’t won a semifinal of a major ICC event for half a decade, not since beating Bangladesh in Birming ham in the 2017 Champions Trophy, and England are tough opponents.

What can go in India’s favour is that though England can weave magic on their day, they haven’t been their usual bold, expressive selves with the bat and have looked flat at times because of the difficult conditions in Australia at this time of year.
The bowlers, especially impressive death-overs specialist Sam Curran and others, have kept England in the hunt through a rather rocky road to the semis. The team also has some injury problems and Mark Wood and Dawid Malan are uncertain starters. Seize the early momentum in Adelaide and Thursday could be India’s day.

Problem is, seizing the early momentum, especially with the bat, ha s been difficult in these conditions: India have been very slow starters in this tournament (scoring at 5. 96 in the Powerplay) and have also lost wickets upfront but managed to make up at the death, scoring at 11. 90 from overs 17-20.
England, however, have been the most effective with the ball in the death overs and if they can stop Suryakumar Yadav early, this is where the contest could be decided.

Add in a used Adelaide Oval pitch, which could make run-making slow, being offset by the short square boundaries (60m at the shortest end) and there’s enough competing factors at play to make for a fascinating contest.
The Adelaide Oval has seen six scores of 150 and above in 12 innings so far in this tournament, but Bangladesh could only score 127 against Pakistan and South Africa failed to chase 159 against the Dutch. Under lights, in slightly livelier conditions, India nearly looked out of the contest until a long rain break ruined Bangladesh’s poise. England, meanwhile, are yet to play in Adelaide but are very aware spin will play an enhanced role, especially in containing batters if not being wicket-taking options, as R Ashwin explained after the Zimbabwe game.

In all, spinners have been more economical here (7. 33) compared to the pacers (7.66) and have taken 20 of the 56 wickets to fall in this T20 World Cup.
That makes leggie Adil Rashid a big factor in England’s plans to stop Virat Kohli, who now likes to call Adelaide his “second home” and h as been hogging the Indian batting nets in typically supercharged manner. Kohli, incidentally, got hit in the nets once by a Harshal Patel delivery on match eve and was seen crouching and grimacing in pain before recovering quickly and gesturing at the concerned physio to stay put.

T20 World Cup 2022: Can India go past England to play the final at the iconic MCG?

Moeen Ali too has been Kohli’s bugbear (10 dismissals across formats to Rashid’s 9) and along with Liam Livingstone, will conspire with Rashid in making run-scoring in the middle overs painful for India. Enter the left-handed Rishabh Pant, who may be employed by India to keep Rashid at bay. “Given the dimensions the spinners may bowl some different lengths, but the biggest thing is to try and spin the ball as hard as they can,” England captain Jos Buttler said. “There’s some really good spinners in both teams.”
Buttler, however, was surprised India have kept their leg-break option Yuzvendra Chahal in cold storage and gone with two containing options in finger spinners Ashwin and Axar Patel. “Yuzi is a brave bowler, I enjoyed playing with him in the IPL. He’s always looking to take wickets with his variations. If he’s called upon to play, he’s a good bowler.”

For both captains, it will boil down to adapting to conditions. “I remember talking about coming out and playing fearlessly, but in this tournament it has not happened for us because looking at the conditions, you just don’t want to come out and swing your bat,” said Rohit.
“The ball is swinging a little bit more than what we have experienced. You’ve got to respect the conditions and this is where adaptability will come into play. This is what a good team can do: adapt, assess conditions quickly, because we don’t have too much time here.”

MCG all set to host the T20 World Cup final 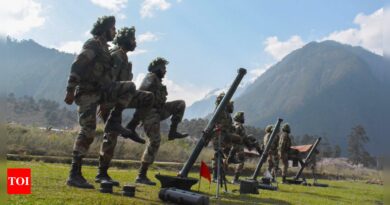 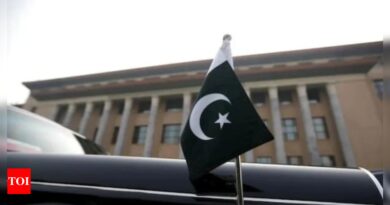 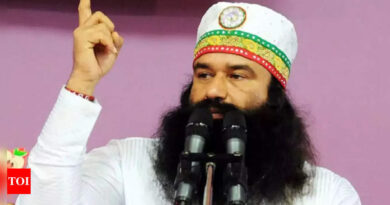