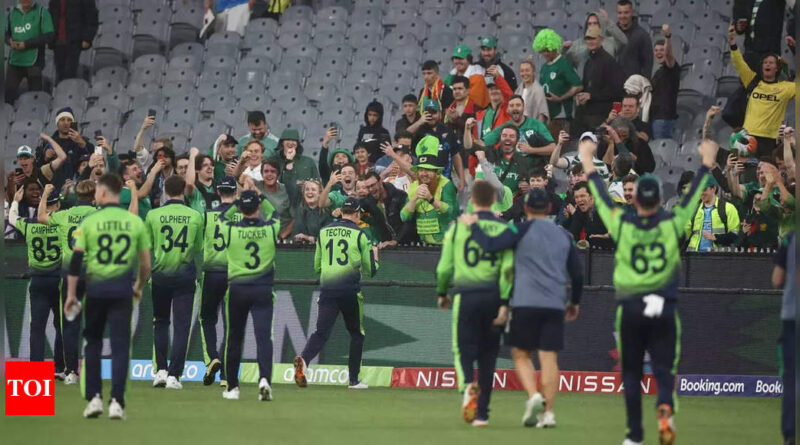 MELBOURNE: Ireland continued their giant-killing act in the T20 World Cup and pulled off yet another upset win, defeating England by five runs via the Duckworth-Lewis method to throw open group 1 of the T20 World Cup on Wednesday.
Having stormed into Super 12 by eliminating two-time champions West Indies, Ireland rode on a sparkling 47-ball 62 by skipper Andy Balbirnie and looked for a 180-plus total before England dragged them back to bowl them out for 157 in 19.2 overs.
Leg-spinner Liam Livingstone triggered the collapse before pacer Mark Wood seized the initiative as the duo returned with three wickets each to deny Ireland 15-20 runs extra.
Chasing the tricky target, the 2010 champions were 105/5 in 14.3 overs, five runs short of the DLS target of 110 as the play could not be started within the cutoff time due to rain and Ireland completed their second win over England in a World Cup.

Eleven years ago at the ODI World Cup in India, Kevin O’Brien had inspired a stunning win over England at the Chinnaswamy. Overall, this was Ireland’s third win over England with two coming in the ODI format.
The Ireland win has now opened the doors for Australia as five of the six teams in the group now have two points each.
Left-arm pacer Josh Little swung the new ball both ways and dismissed the two English openers Jos Buttler (0) and Alex Hales (7) in space of nine balls.

Fionn Hand then knocked over the dangerous Ben Stokes with a back of length delivery that sharply cut back in the last over of Power Play.
England lost half of their side when Barry McCarthy induced a top edge of Dawid Malan inside 14 overs as they still needed 72 runs form 41 balls.
Ireland were let down by their fielding but overall they towered over their English rivals both in batting and bowling.
This was also Ireland’s maiden win in the second stage of the T20 World Cup.
Earlier, Ireland skipper Balbirnie smashed a 47-ball 62, his first T20 World Cup half-century and eighth overall, in an entertaining 82-run second wicket partnership with Lorcan Tucker (34 from 27 balls) to give them a flying start after England opted to bowl in overcast conditions.

But Livingstone (3-0-17-3) dismissed Balbirnie and followed it up with George Dockrell’s wicket in the next ball to trigger the collapse before Mark Wood (4-0-34-3) and Sam Curran (3-0-31-2) ran through Ireland’s middle and lower order.
From being 92 for 1 in 10 overs, Ireland collapsed in 19.2 overs.
Smarting from the defeat against Sri Lanka in their Super 12 opener, Ireland got off to an attacking start with Balbirnie slamming a 40-ball half-century.
Tucker gave him fine support from the other end as they took on the English pace duo of Wood and Chris Woakes with some spectacular pull shots.
Ireland’s 100 came up in just 68 balls before a freak run-out brought an end to Tucker’s fine innings.
On an overcast afternoon, with their innings halted once by the passing showers, Ireland launched an attack on the English pacers with Paul Stirling taking the early initiative in his eight-ball 14 (1×4, 1×6).
Tucker then continued the momentum after Stirling’s departure in the third over as he along with skipper Balbirnie raced Ireland to 59 for 1 in Power Play. 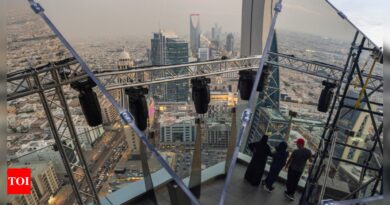 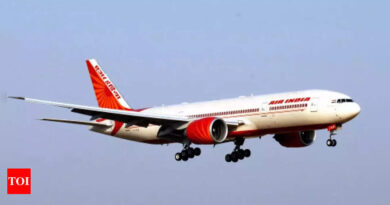 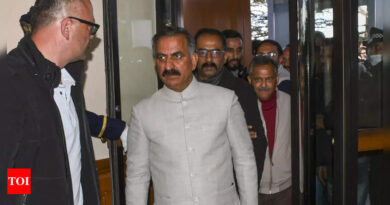