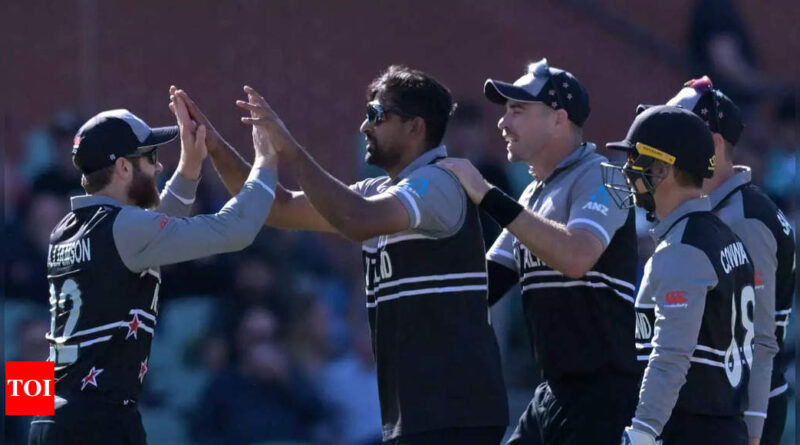 ADELAIDE: Kane Williamson got into the groove with a 35-ball 61 before the spinners foxed Ireland batters with their guile as New Zealand put one foot in the T20 World Cup semifinals with a 35-run win on Friday.
New Zealand were on course for a 200 plus total before pacer Joshua Little picked up a memorable hat-trick to limit New Zealand to 185 for six.
New Zealand spinners Ish Sodhi (2/26) and Mitchell Santer (2/29) stifled Ireland, who ended with 150 for nine. Pacer Lockie Ferguson picked up three wickets.

New Zealand are set to top the group with seven points from five games and have a better run rate compared to England and Australia, who can also get to seven points.
Ireland failed to advance to the semifinals but can hold their head high after a memorable campaign that included wins against the West Indies and England.
Paul Stirling (37 off 27) and captain Andrew Balbirnie (30 off 25) kept Ireland in the game with a 68-run stand off 49 balls for the opening wicket but their dismissal in a space of six balls sealed Ireland’s fate.

Both Santer and Sodhi made strong comebacks after going for runs in their respective first overs with Stirling and Balbirnie looking in ominous touch.
They purposely slowed down their pace to make it tougher for the batters to put the deliveries away and that worked instantly. Balbirnie played on to his stumps while attempting a cut shot off Santner.
In the following over, Stirling went for a slog sweep off Sodhi only to see his stumps disturbed, leaving Ireland at 70 for two. A battling collapse followed with Ireland reduced to 120 for six.
Earlier, Williamson batted at a strike rate of more than 100 for the first time in this tournament and got fluent as his innings progressed. His knock comprised five fours and three sixes.
The other notable contributions came from opener Finn Allen (32 off 18), the in-form Glenn Phillips (17 off 9) and Daryl Mitchell (31 not out off 21).
Left-arm pacer Little put the brakes on the New Zealand scoring rate in the death overs by removing a well set Williamson, Jimmy Neesham and Santner off successive balls in 19th over.
While Williamson was caught in the deep attempting another big hit, Little trapped Neesham and Santner in front of the stumps with two straight deliveries that skidded on. It was this World Cup’s second hat-trick after UAE’s Karthik Meiyappan achieved the feat against Sri Lanka.
The biggest positive for New Zealand was their leader Williamson finding his groove. He struggled for timing initially before changing gears.
The skipper brought UP his half-century with a flick off pacer Barry McCarthy that went all the way for six over deep midwicket before depositing one in the same region two balls later for another six.
Williamson perished in the 19th as his pull shot off Little did not get the desired elevation.
New Zealand were set to cross 200 but Ireland pegged them back by conceding only 12 runs in the last two overs. 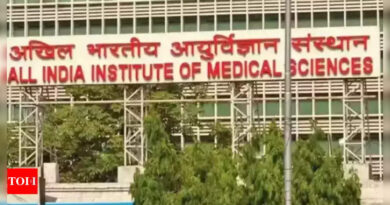 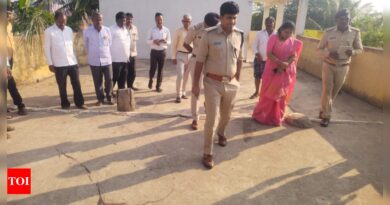 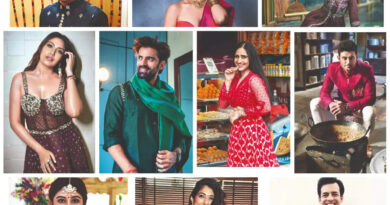