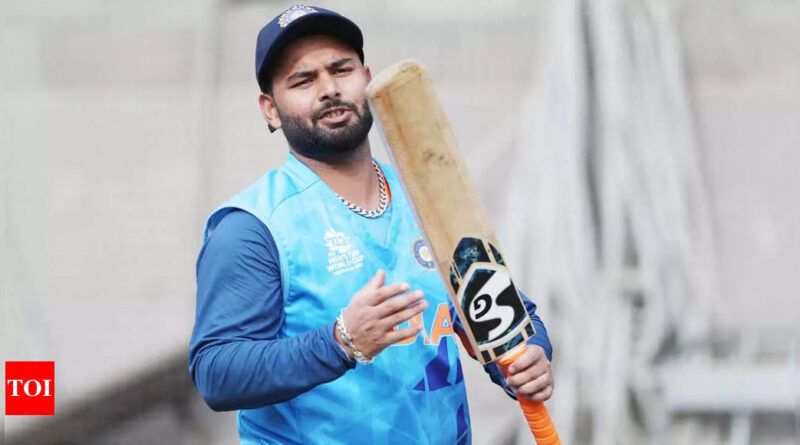 MELBOURNE: Rishabh Pant‘s disappointing outing against Zimbabwe isn’t a cause of concern for head coach Rahul Dravid, who hinted that the flamboyant left-hander could start in the T20 World Cup semifinal against England at Adelaide on Thursday.
Pant didn’t get a look in in the first four games where veteran Dinesh Karthik, who in all likelihood is playing his last global meet, was assigned the role of a finisher.
With Karthik not being able to deliver on bowler friendly Australian tracks, Pant is back in equation.
“I don’t think we judge people on one game, and sometimes whether we play them or not is not based on one game,” Dravid said after India’s 71 run victory in which Pant’s contribution was a mere three.
After that, Dravid gave good enough indication that decision to field Pant wasn’t taken in isolation as the coach was potentially looking at a match up with leg spinner Adil Rashid in the semifinals.
“Sometimes it’s just matchups. We need to look at what are the skills we might need against the kind of bowlers we might come up against. So a lot of things go into these kind of decisions,” said Dravid.

Rishabh Pant and Virat Kohli (AFP Photo)
He also firmly reiterated that team management had never lost faith in Pant.
“Yeah, in a sense it’s not that we ever lost confidence in Rishabh. We’ve got confidence in all of our 15 players who play here. It’s only 11 guys who can play, and it depends on the combinations that you have.
“The very fact that they are here and they’re part of the World Cup means that we have a lot of confidence in them. It means that anytime they can be called on to play in the XI.
“Yes, you can only play 11 at a time and some people sometimes miss out and don’t have to play, but again, Rishabh is someone that as a lot of you would have been seeing, has been travelling with us.
“He’s been batting a lot in the nets, he’s been hitting a lot of balls, doing a lot of fielding practice and sort of keeping practice and keeping himself ready. The opportunity came for us today (Sunday) to give him an opportunity,” he reasoned.
In fact, Dravid was happy about Pant’s intent against left arm spinner Sean Williams but the execution was wrong.
“Obviously, it didn’t kind of work out today, but absolutely no — I’m not bothered about that at all because I think he took the right option.
“His role was to take on the left-arm spinner which was there, and sometimes it comes off and sometimes it doesn’t.”
Pant being a left hander also gives the team variations among specialist batters.

Rishabh Pant (AFP Photo)
“Sometimes it gives us the opportunity, as well, to play Rishabh, keeping obviously this game in mind as well but just keeping the future in mind, just opening up our options.
“I think everyone is available for selection; just because somebody missed out on this game doesn’t mean that we can’t go back to him and we can’t decide on — we might go the same way. We might go a different way, as well,” said Dravid trying to put his guard up on the potential change in the playing XI.
ZIMBABWE GAME WAS DRESS REHEARSAL FOR SEMI-FINAL
Dravid said that skipper Rohit Sharma intentionally took batting after winning toss as they wanted to defend looking at the semifinal in Adelaide.
“Couple of the things that we did want to achieve was to try and bat first if we got the opportunity.
“Obviously, we needed to win the toss for that. Just because, honestly we had bowled first against Pakistan when we came here, we just wanted to experience what it was to sort of set a score in these kind of conditions.”

ANI Photo
He also wanted his batters to get full 20 overs of batting.
“Also, we felt that if we batted first, it would give us an opportunity to play 20 overs and just get into that ability of still trying to get a par, par-plus score batting first.”
IS THERE A PLACE FOR CHAHAL AGAINST ENGLAND AFTER AXAR’S POOR SHOW?
Dravid is not the one to give away playing eleven but said he would go into the game with an open mind considering shorter dimensions of the Adelaide Oval.
Asked about trying out Yuzvendra Chahal, Dravid said: “Like I said earlier, I think we have a completely open mind about everyone in our 15. We believe anybody who comes into the 15 will not potentially make us weaker, the kind of squad we’ve picked.”

Yuzvendra Chahal (ANI Photo)
BALL IS GRIPPING IN ADELAIDE
Dravid will take a call after seeing the Adelaide track as Bangladesh versus Pakistan saw spinners playing a major role.
“Again, we’ll have to go there and see. I watched some of the games today and I know the tracks were slow and they gripped and they turned a bit.
“We might be playing on a completely new strip in Adelaide, and the strip we played with against Bangladesh, to be honest, did not spin. It was, again, a different kind of wicket, and it was played at Adelaide, as well.”
“Of course, if it’s slow we’ll play according to those situations. If we think it might play differently, then we’ll have to put up a squad to match that,” he concluded. 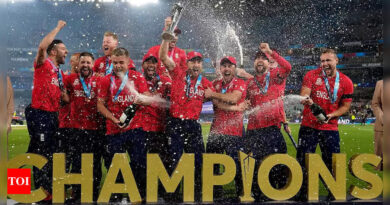 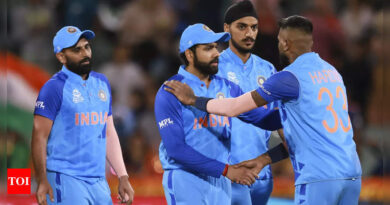