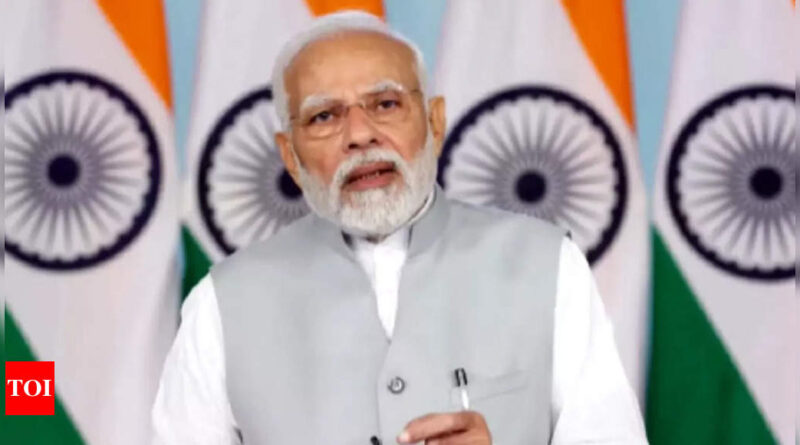 NANA PONDHA (VALSAD): In a high-voltage start to the campaign for a triangular contest, PM Modi on Sunday strongly invoked Gujarat’s pride and coined a new slogan — “Aa Gujarat mein banavyu che (We have made this Gujarat)” — crediting people’s perseverance, resilience and dedication in shaping a flourishing state.
Addressing the first rally after the announcement of two-stage polls on December 1 and 5 at Nana Pondha, a small hamlet in tribal-dominated Valsad
district, Modi said people have not just resolved to bring back BJP to power but also shatter “all previous records (of seats)”.
“I want to see my own record broken. Bhupendra’s record should be better than Narendra’s,” the former CM said in reference to incumbent Bhupendra Patel, drawing a loud applause. Modi refrained from naming the opposition but exuded confidence that the people would spurn all those unleashing a “barrage of falsehoods” to defame the state.
The PM said every person of Gujarat now has a strong feeling of ownership in transforming the state. “Looking at the remarkable progress over the last 20 years, the inner voice in every Gujarati proudly proclaims ‘aa Gujarat mein banavyu che’,” he said, urging the crowd to chant the slogan. Without naming Congress or AAP, the BJP star campaigner said “Gujarat has always emphatically rejected those spreading hate and trying to show the state in poor light”.
“This election, too, these elements are going to meet the same fate.”
Later in the evening, Modi participated in a Bhavnagar mass-marriage ceremony of 552 girls who had no fathers. 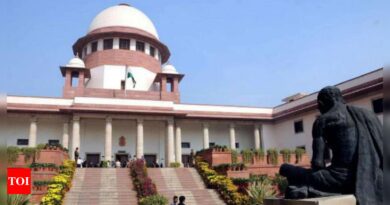 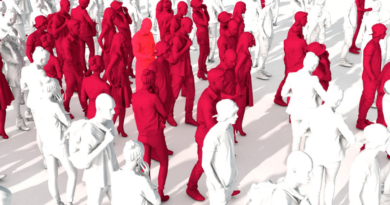 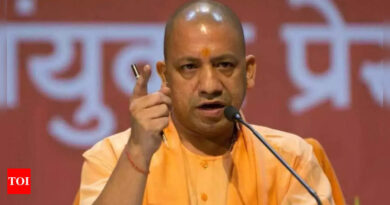