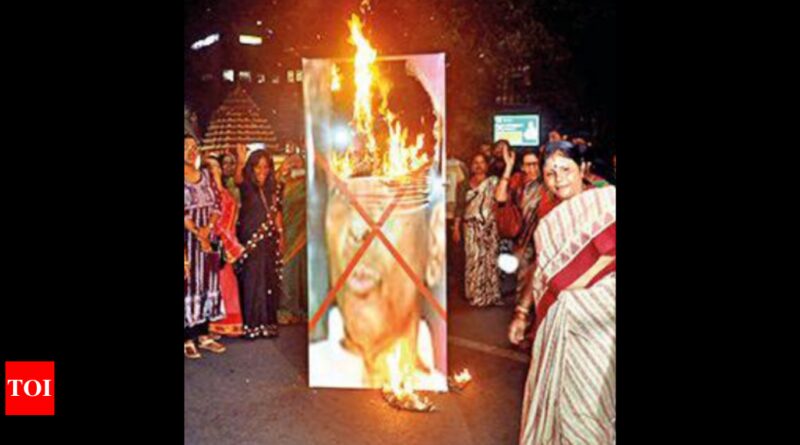 NANDIGRAM/KOLKATA: Bengal prisons minister Akhil Giri was forced to apologise within hours of making misogynistic remarks about President Droupadi Murmu‘s looks at a meeting in Nandigram Friday that triggered social media outrage.
Trinamool distanced itself from Giri’s statement, calling “such misogyny unacceptable”, while BJP hit the streets and demanded his resignation. CPM too condemned Giri’s remarks. BJP’s Bishnupur MP Saumitra Khan lodged a complaint with the national commission for women, prompting it to ask Giri to tender “an unconditional apology” .
The national commission for women on Saturday asked Bengal’s director general of police to initiate a probe into the comments by Bengal prisons minister Akhil Giri against President Droupadi Murmu and take appropriate steps.
At a meeting in Nandigram Friday, Giri started off protesting against state assembly opposition leader Suvendu Adhikari‘s frequent jibes about his looks and suddenly shifted to Murmu: “He says I am ugly. How beautiful are you? We don’t judge anyone by their appearance, we respect the office of the President. But how does our President look?”
Giri then turned back his attention to Adhikari and his family: “He calls me a half-pants minister. If I am a half-pants minister, then what was your father, an underwear minister? I don’t have any minister above me in my department. But your father had.”
Giri, 62, is not new to controversies and he has been a virulent critic of the Adhikari clan even when family patriarch Sisir Adhikari called the shots in East Midnapore.
Locked in a bitter turf battle with Adhikari, the TMC minister later blamed his “momentary lapse of judgement” on his “anger… due to repeated attacks” about his looks by Adhikari. “I respect the Constitution, I am loyal to it. I have complete faith in it. I also have deepest respect for the chair of the President, who is the head of the Constitution. But, over the past few days and months, I have been subjected to ridicule, humiliation and abuse by…Adhikari. I am old and I was angry. Whatever I said was said in anger…, which was a momentary lapse of judgement,” Giri said.
“I too am a minister and have taken oath under the Constitution. Isn’t attacking me also disrespecting the Constitution?”
TMC dissociated itself from Giri’s remarks, saying it “neither supported nor took responsibility” for such comments. “We have the utmost respect for President Murmu. Our party strongly condemns the unfortunate remarks made by Giri and clarifies that we do not condone such statements. In the era of women’s empowerment, such misogyny is unacceptable,” read party statement.
“We have immense respect for the country’s President,” party spokesperson Kunal Ghosh said. “But no one complained when Adhikari kept on saying Giri looked like a crow. The BJP leader has been taunting the Trinamool veteran as a half-pants minister,” he said.
BJP demanded Giri’s resignation and took out protests in Kolkata and across West Bengal. 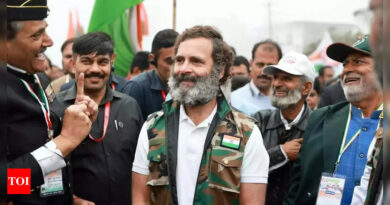 China, Pakistan together, if there’s a war it’ll be only at one front: Rahul Gandhi | India News 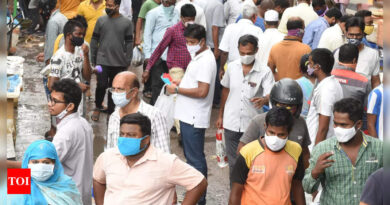 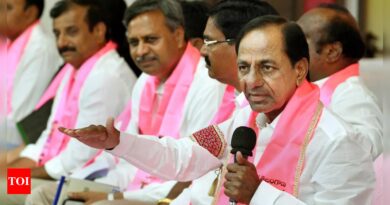